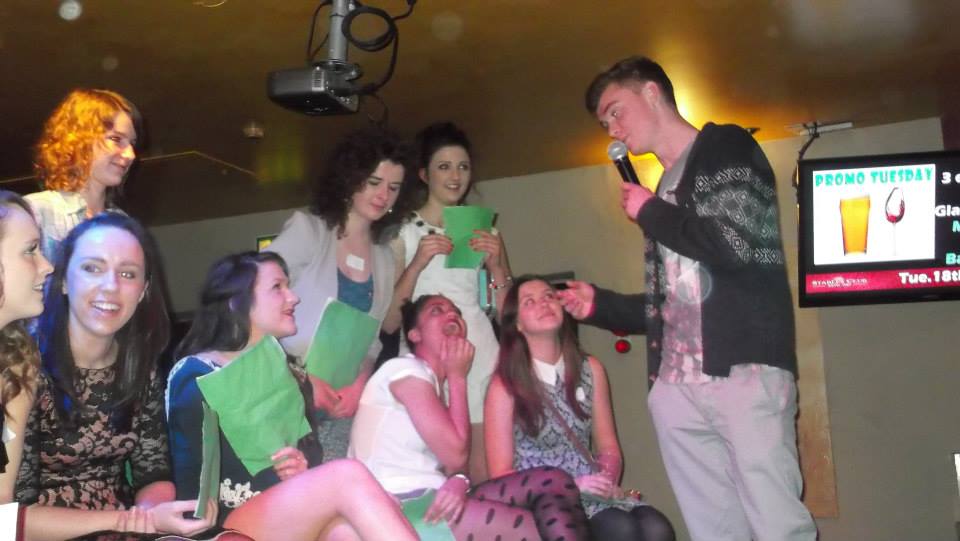 It’s been an eventful past few days with the UL Women’s Soccer Club. My team had our final game of the regular season last week in Sligo. We knew it would a tough game, going down with exactly enough players to fill the pitch and going up against one of the top teams in Ireland. The downside, we lost in the League Semi-Final, knowing we could have really competed if we had our full team. The upside, now we know our competition for the Intervarsity Tournament at the end of March, so we are definitely up for the challenge.

To let off some steam, we had a UL Soccer Club Fundraiser event the next day, a collaborated event with all the different UL soccer teams. The fundraiser was focused around a game show called ‘Take Me Out’, which is basically a British dating game show panel with the objective of a single man trying to get a date with a panel of women who vote in rounds whether or not they’d chose him.

Our team served as the panel, in one of the bars on campus, up on a stage, filled with a few hundred people, including a bunch of my classmates and friends. It was a fun, yet extremely embarrassing night for all of us (which is pretty much the entertainment of it all.) Highlight of the night was probably when I actually fell off the stage after accepting a date with one of the guys; in hindsight, it was definitely a terrible idea to wear heels.

The fundraiser was a fun night for my team though, and a good way to put our last game behind us and get ready for the biggest competition of the year in a few weeks, Intervarsities. I’ll be sure to keep you all updated on the competition! Until next time, readers!