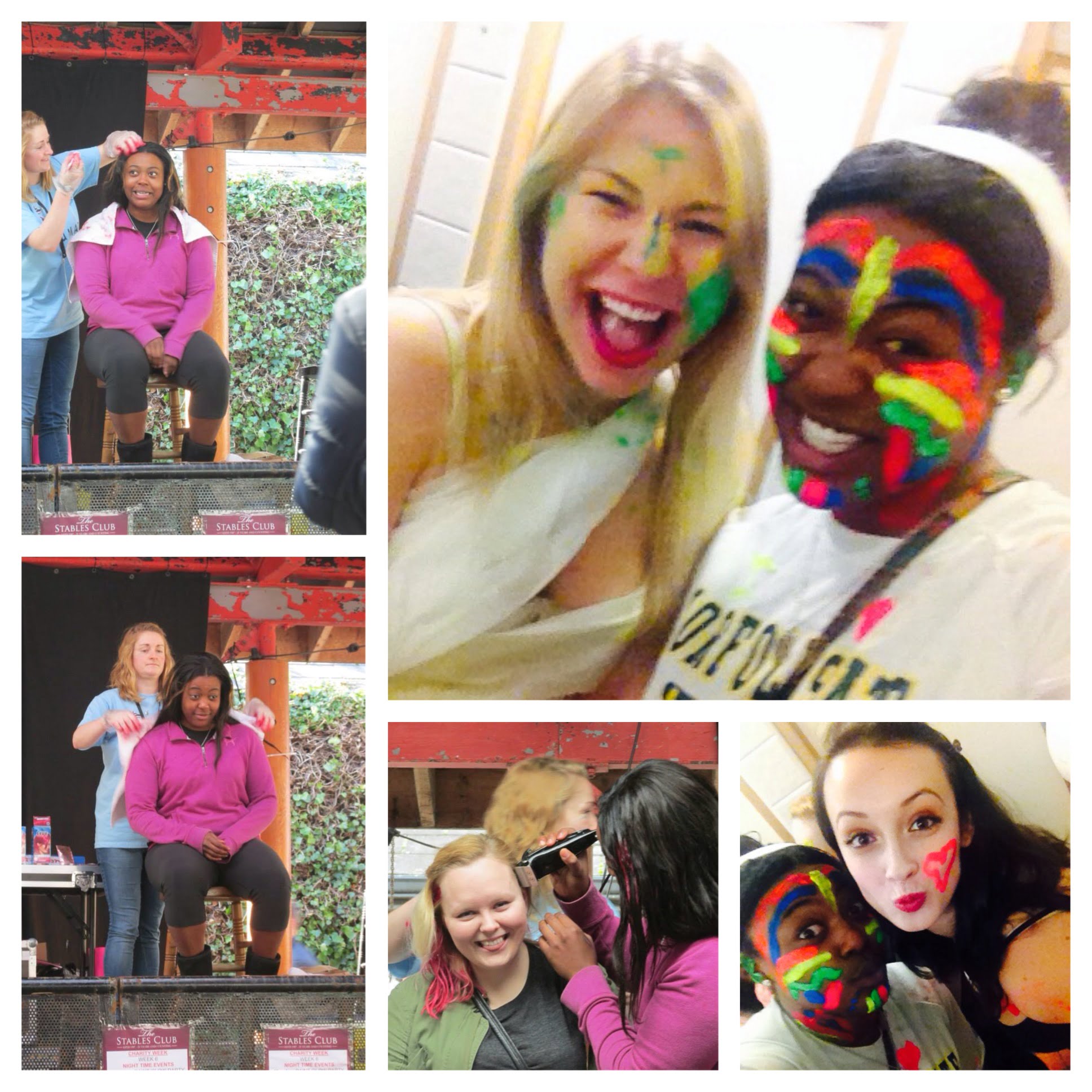 Charity week was filled with all types of shenanigans, some of which I took part in and others I didn’t have the boldness to do. If you haven’t heard or seen, my bangs are hot pink now. I took part in the shave or dye event. Each participant had to raise a minimum of 25euro to be apart of the activity, and I raised 32.50. I also donated throughout the week to volunteers who covered the campus and walked around with buckets trying to raise money for numerous charities. I wouldn’t have been caught doing the nearly naked mile, but I did donate to sponsor a few people. The paint glow party was my next favorite event. I had never been to a party like that before and it was great craic! I think charity week went well and it’s a great idea for campuses in the US to adopt, if they don’t already have something similar. All of the money went to local Irish charities and students got to have fun while making a fool of themselves.

I kept describing it to my friends as “homecoming with an Irish twist”. Homecoming at NSU was always filled with activities like battle of the bands, Greek step shows, concerts, parades and a football game. Some of my friends were wishing they had come to visit me after I told them everything I experienced. It was absolute mayhem from 12noon until early in the morning, but I still had work to do. I strategically planned my assignments around charity week events and managed to knock out most of my individual assignments. How’s that for multitasking? I’ve also come to the realization that I might be a professional student, but hey if my next college is like UL, then I will have no worries.