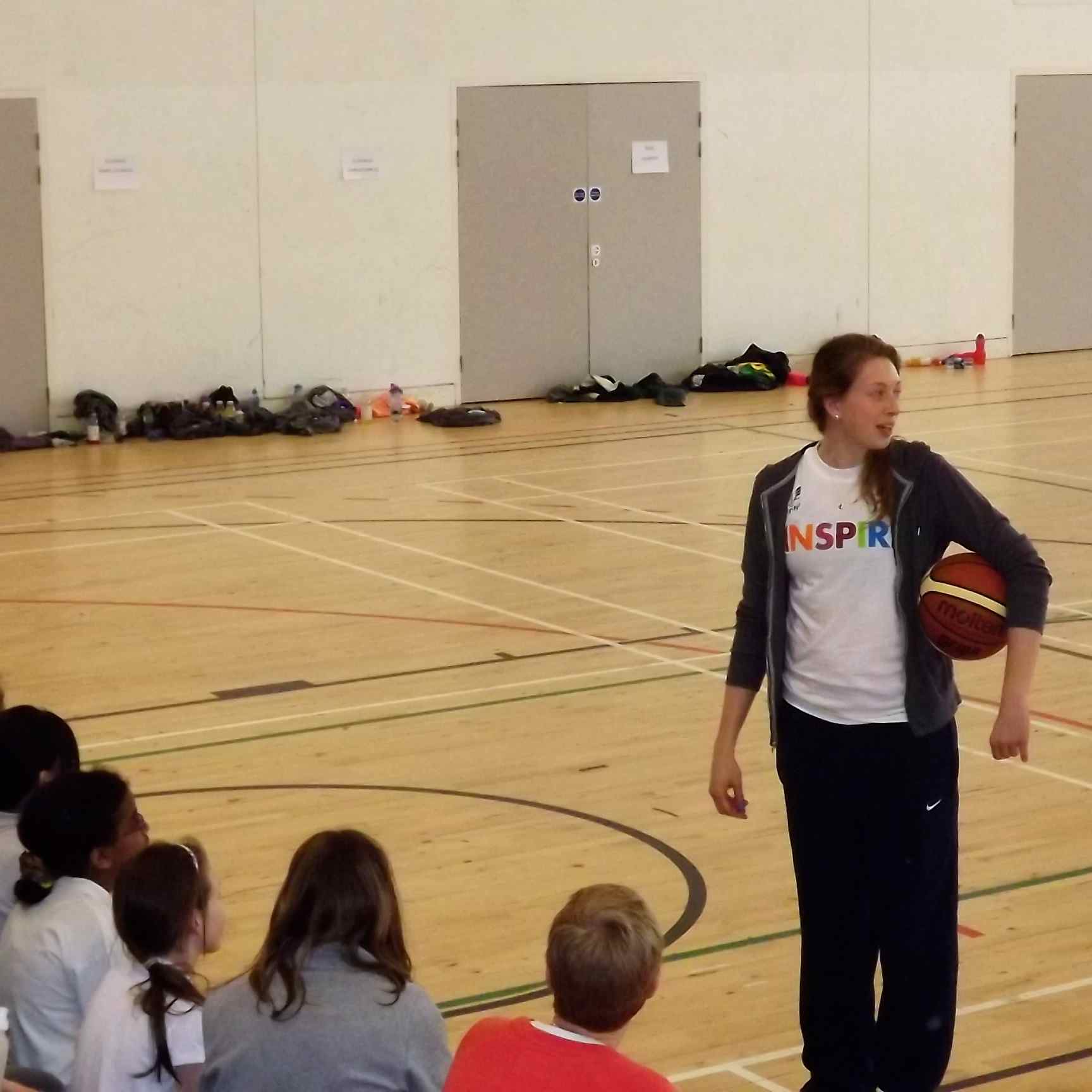 This past Friday I spent the day at ITB, working at a program for girls in fourth through sixth class at schools in the Blanchardstown area organized as a final project for my friend Laura’s class. I first want to congratulate her on an incredibly successful program and thank her for letting me be involved!

The session began with some serious skill work with the 60 players, and as the day progressed I got to know quite a few of them. My favorite questions of the day were, “Do you live in the same estate as Beyoncé?” and a “How do you manage to get along with your sisters?” At the end of camp I gave a short little talk reminiscing on the impact that sports have had on life, and I think a number of the girls left the session encouraged to join club teams in the area (and to eat broccoli).

The highlight, however, was the tournament final. The 5 teams played 10 games throughout the day and the teams with the highest points made it to the final. Two teams were tied for second, so we determined the finalist in a soccer style shoot out (via free throws). The games had been relatively exciting all day, but the final was something else. The other teams were cheering in the background, the players were standing on the their benches screaming and two of the volunteers placed a €5 bet on the game and were going crazy on the sidelines. At the end of the game, the score was tied 4-4. First overtime ended in a draw. Each shot in the second overtime was to exciting to watch, and the game was won on a clutch 1/1 from the free throw line.

It was so amazing to see a group of girls, of whom a few had played an actual basketball game before, develop skills so quickly. Their competitive nature was encouraging, and there were tears shed by the losing team. Great start to my weekend!