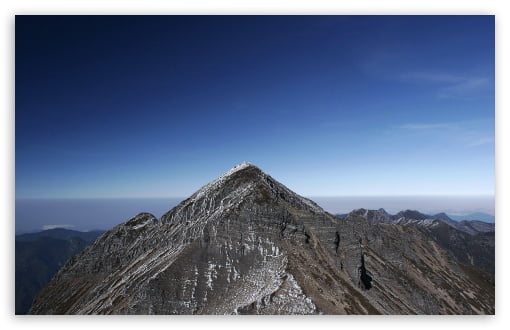 There’s a famous sentiment I’ve heard that we have to be careful to never meet those people we hold up as our heroes. They inevitably don’t live up to the pedestal we’ve put them on, and really how could they. But once you’ve seen behind the curtain there’s no going back. I don’t necessarily believe that that’s always the case, but I can definitely see the logic. We can only glimpse the surface of these peoples’ lives, while most problems lie beneath.

This idea of “exposing” your heroes for what they truly are resonates with me on a different plane. Instead of heroes, I think about dreams. Most people believe achieving a dream is the ultimate in life, but I know better. Over the last two years I’ve thought on and off about this idea of what happens after you finally achieve one of your dreams, only to find that it doesn’t live up to the hype. You reach the pinnacle only to find nothing’s there. You’re suddenly jerked back to reality.

That’s what happened to me. I spent most my childhood dreaming of playing in the NBA, and most of my teenage and young adult life working towards playing professional basketball at some level (more of a realistic goal haha). When the day finally came and my contract was signed, I was ecstatic. A dream realized! What could be better. Turns out, a lot of things. Long story short it didn’t go how I’d expected, planned, or hoped it would.

But that’s life. So it goes. Things don’t always work out the way you want them to. The real challenge for me was realizing that now I had no dreams at all. Well, no specific dreams at least. No plausible, tangible goal to focus my energies on. And note the word choice: goals. I think it’s important to look at things in terms of goals, rather than dreams. Dreams have that connotation of the outlandish and outrageous… things that seem beyond the realm of possibility. Dreams are great, but goals will keep things in perspective. You’ve accomplished your goal? Great. Time to set new ones. Your goals can be reworked to be ever expanding, while I think dreams have more a finality to them.

Even after all this time I’m still working on setting goals for myself that mean something to me. Let me tell you, it’s slow going. It’s not easy changing your perspective on life but I think it can be pretty rewarding, and I’m confident I’ll get there some day (hopefully sooner rather than later of course but hey, who’s counting).

It’s great to have dreams. Go ahead and dream big. But I think if you can take your dreams and mould them into achievable goals (even if they’re a long shot) you’ll be much better served. At least you know you gave it a shot, instead of spending your whole life with your head in the clouds.