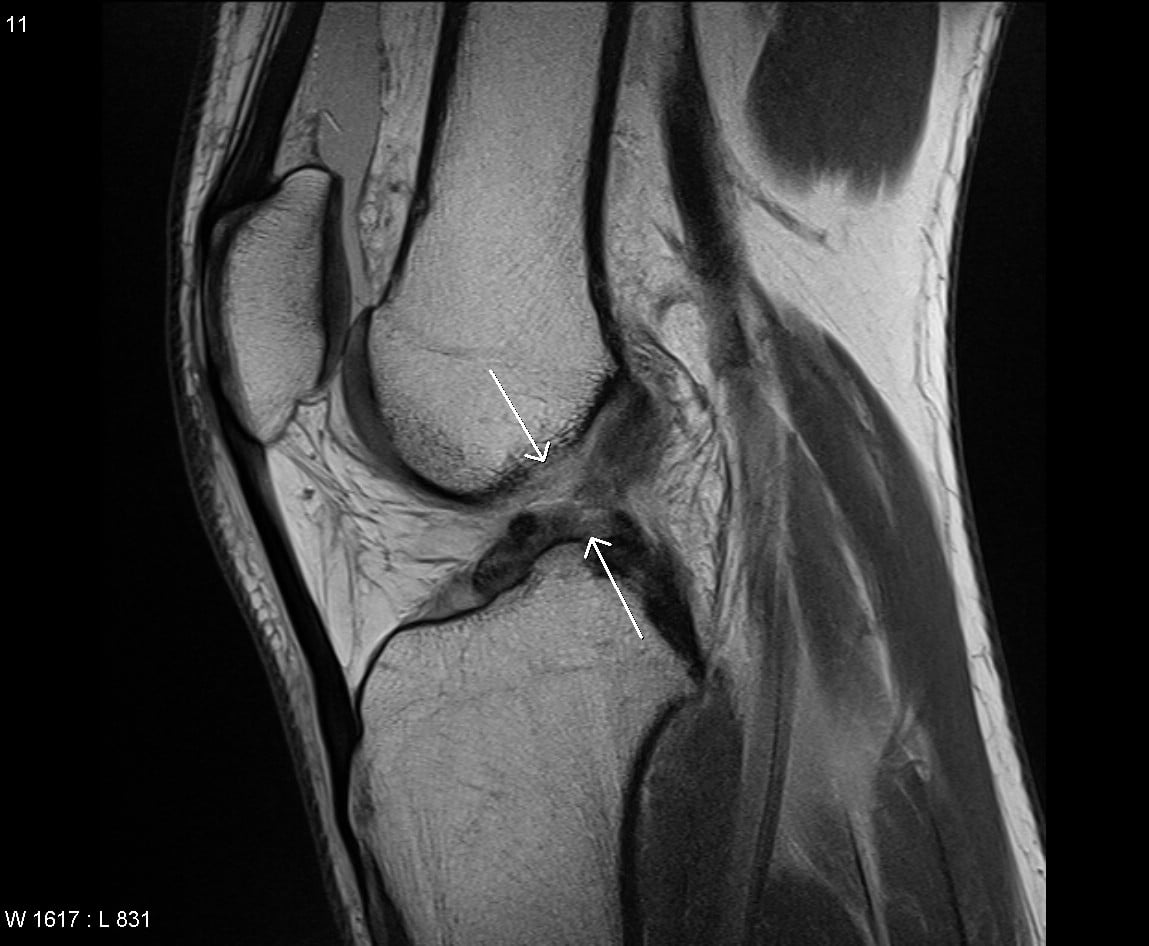 Having never had a knee injury in my life, I tried not to publicize too much that I had been struggling with an injury since December. I first felt a pop in my knee in our National Cup Quarterfinal game. I somehow continued playing and afterwards made a major effort to strengthen and rehab my knee on my own. When I went home for Christmas I was able to see my doctor and he gave me a large brace to wear while I play.

Just a couple of weeks ago my team the NUIG Mystics were playing in the UL Arena and right from the jump I felt like I was finally playing my game. Within the first five minutes I already had ten points and was feeling great. After I scored my teammate and I went right into our full court press and my teammate Siobhan stole the ball in the backcourt and passed it to me. I was running full speed to the basket, crossed over to my left, and went up for a lay up. When I took off for the lay up I heard the same loud pop and my entire knee shifted to the left as I immediately collapsed on the floor. I was paralyzed with pain for a solid 5 minutes before I could even process what had happened. I was finally able to walk to the bench and sit with my team. I was still shaking and everyone kept asking me how I was doing and of course the only thing I responded with was “Did I make the layup?” To my avail I still made the basket and once the shock and pain subsided I asked to enter the game again. I was on the court for about ten seconds and only jogged up and down and that is when I knew this was more than I could handle. It felt as if my knee was going to give out at any second, so I asked to be subbed out immediately.

After icing and resting all day the next morning I couldn’t bend my knee at all. I couldn’t even ride my bike to class without excruciating pain and was also walking with a terrible limp. My MRI results came back about a week ago and the results were something the University doctor and physio had never seen before. My doctor said it best when he said, “This is the best worst news I can give you.” I have a completely torn ACL….and that’s it. To everyone’s surprise my MCL, LCL, meniscus, and cartilage are all perfectly intact. It’s usually unheard of for the other ligaments and cartilage to not be affected after such a traumatic injury. The fact that aside from the ACL, the only other result shown from the MRI was bone bruising from the impact. The doctor couldn’t believe the results and then concluded that I had initially tore my ACL in December and since I had been strengthening it and swimming constantly, in February when the ligament completely tore, all of my surrounding ligaments were strong enough to withstand the blow.

Well needless to say I’m devastated by the news about my knee. But I’m still trying to remain positive about everything. I wont be playing basketball for a while and will need to get surgery in June when I return home. Although I can’t play ball there are still so many things I can do and so much I am thankful for. I realize that I am in this country for more than just playing a sport, I’m here to learn and to help inspire others to learn.

People that know me, know that this bump in the road will not hold me back. Adversity is something that I’m not afraid of and actually makes me work harder. I have had amazing support from my friends, family, teammates, and coaches throughout this whole process. I am just so fortunate that I’ve been able to play for as long as I have. Don’t you worry, I’ll be back.