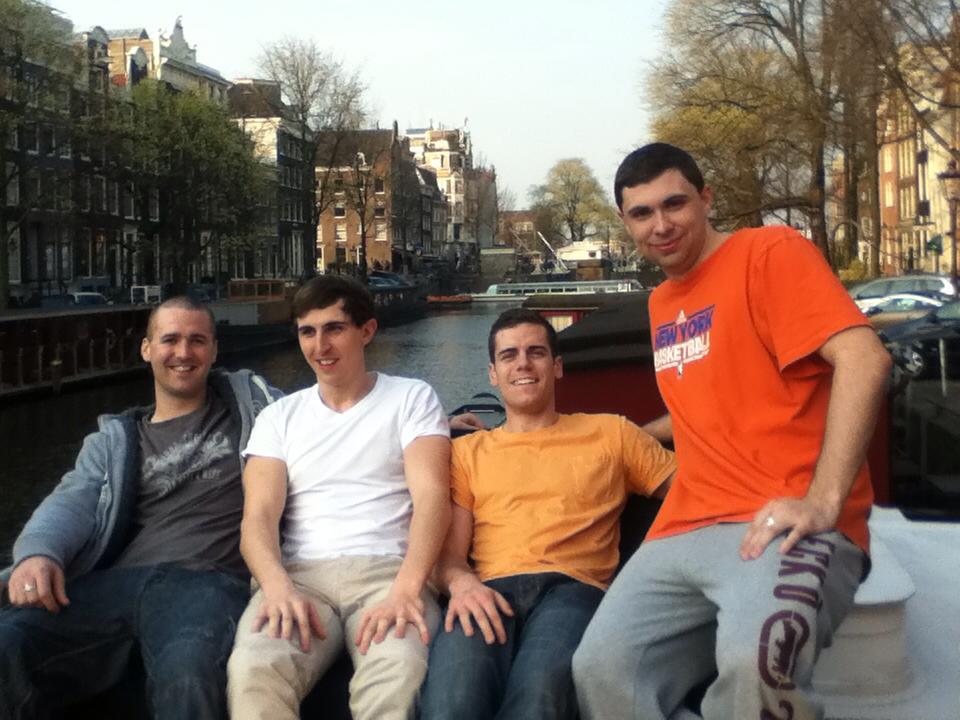 This past weekend I went to Amsterdam with a few of the lads and it was awesome…I could end the blog with that, but I guess I’ll go on. Yes, there is a Red Light District. And yes, there are “Coffee Shops”. Okay great we got that out of the way, because Amsterdam was certainly more than the city of sin that pop culture instills in our minds.

We decided to rent a houseboat on a canal right in the heart of the city. What a fantastic decision that turned out to be, especially with the weather being 70F (20C) we were able to lay out on the couches of the roof and people watch, such interesting characters walking around. Sorry did I say walking, my bad. EVERYONE cycles! Literally thousands upon thousands of cyclists, not one wearing a helmet or braking if you get in their way. It was very cool, being the cyclist that I have become over here, to see people in suits to infants in the front basket getting where they need to go.

We did some of the touristy things such as the Heineken Factory and the Van Gogh Museum, both very cool in their own respect. My classmate Dave and I decided to get up early to beat the queues for Ann Frank’s House, but I guess everyone had that brilliant idea and the line was 2 blocks long. I needed to try some local delicacies, so I went with the raw herring on a roll with onions. None of the Irish guys liked it or even tried it but I guess being a sushi lover I found it pretty tasty.

I will end with a quote I saw painted onto a mural that I found interesting. “Some tourists think Amsterdam is a city of sin, but in truth it is a city of freedom. And in freedom, most people find sin.”