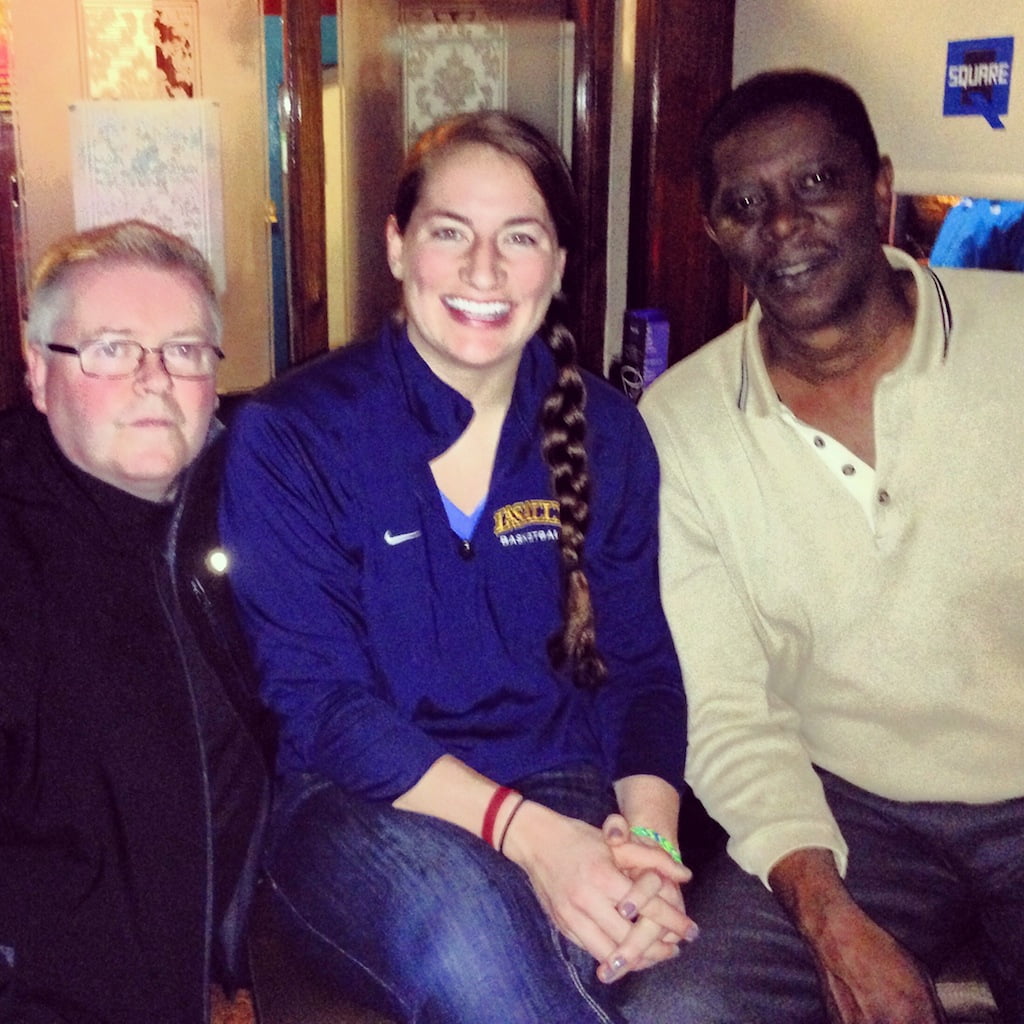 My assistant coach of the Mystics, Terry had asked me to make an appearance during some training sessions in Ballina this past weekend. I had never been to Ballina, and it turned out to be a nice scenic 3 hour bus ride through County Mayo. Within an hour of my arrival everyone was informed of the great news that Terry had become a grandfather for the first time as his daughter just had a beautiful baby girl!  I joked to the family that I came to town at the right time because everyone I met seemed to be in an amazing mood and just so happy about the news. I was able to meet and spend time with Terry’s wife Trini and her sister Trisha who both currently coach teams in Ballina and were really great players in Ireland as well. These women were powerhouses in the women’s league years ago and Trisha started playing in the national league when she was only 13 years old! I’m not sure if it was because I was surrounded by such a great large family (Trini and Trisha are two of twelve children in their family) or if it was because they were all just as obsessed with basketball as I was, but either way I felt so welcomed and had an amazing time getting to know their family.

I knew Terry had a lot of connections in the basketball world from coaching and playing in Ireland for many years in addition to his wife’s basketball family too, so as we went out around the town I was able to meet yet another basketball legend. If you recall my blog from earlier in the year “A Timeless Sport” which described my experience working at the Galway Masters Tournament I spoke of a man named Deora Marsh. That night Terry introduced me to Deora who was a basketball legend in Ireland in the late 1980’s during a time known as the Golden Age of Irish Basketball. It was so awesome to be able to talk to him after seeing him appear in the popular documentary. It was a great night on the town with a full crew of Ballina ballers!

After a great skills development session in Ballina I returned home to Galway on Sunday night and was able to have dinner with scholar Kerri Shields and her parents who were in town visiting for the day. It was only fitting that I was able to end this basketball filled weekend sitting next to another local legend Reenie (Dunne) Shields. If you are from Philadelphia and played basketball you’ve heard this name as Kerri’s mom was inducted into the Philadelphia Big 5 Hall of Fame. Reenie was a phenomenal multi-sport athlete at St Joseph’s University and ironically was a teammate of my Aunt who played basketball at Hawk Hill as well.

I felt so fortunate to speak with all of these living legends I encountered this weekend and learned that the basketball community in both the US and Ireland are so welcoming, inspiring, and full of great people. I continue to look up to all of these people as they are great role models and provide positive influences in their communities.

Cheers to you living #Legends that continue to contribute to the sport that has brought us all together!