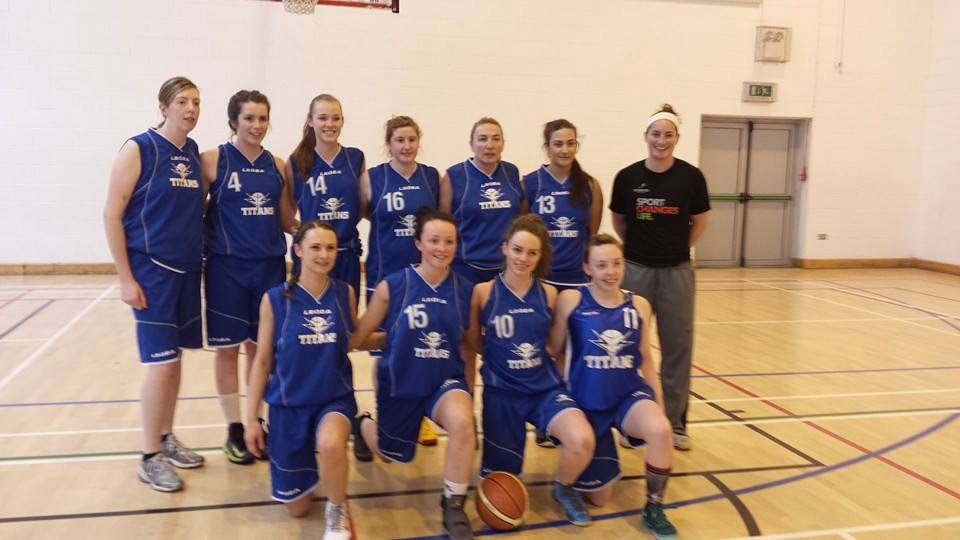 My year in Ireland is starting to come to a close as the Mystics national league and like many other teams in the area, seasons have been over for a while now. Just recently the division one women Titans team I’ve been coaching since September have just completed their season as of a week ago. The Titans lost to a very talented Claregalway team in the Cup Championship game. I’m so proud of my team for playing hard and improving all season long. Their hard work has shown as they finished second in the league this year and as the runners up in the cup championship.

It was funny when I first started coaching this team I wasn’t sure how things were going to go as the team is such a mix of women ranging from the ages of 16 to over 35 years old. Nevertheless all of the girls treated me with respect at all times and were always eager to learn more. I found coaching this team to be so rewarding because I could see their progress and their confidence on the court improving just within the first two months of coaching them.

We surprised a lot of people when we beat other good teams in the league such as Moycullen and Corrib more than once this season and we knew the powerhouse in the league Claregalway was going to be a real challenge. The Claregalway team has many of my teammates from the Mystics team on their roster and ironically their coach is my Mysitcs head coach. The championship game basically felt like I was coaching against my national league team.  Despite an early 8-0 run by my squad, the more polished Claregalway team then took control for the rest of the game. My Titans continued to work hard throughout the entire game, never giving up once. I was very impressed by my team’s poise and resilience through this game in particular. I’ve learned a lot from this team and I’m so happy I got the chance to coach them this year.

I recently was approached from a player I coached at Swarthmore College as she needed advice on an important decision she had to make regarding her future. I first was blown away and flattered that she reached out to me about such an important decision. It was when we were discussing her different options regarding the decision that it dawned on me that I could influence someone so much just within one year. As a coach I didn’t realize just how much you are looked up to or respected by your players. It felt really good to know that I could help her out even after a year of being apart from the team.

I didn’t think coaching would be as rewarding as it has been for me over the past few years, but it has exceeded my expectations. I want to thank all of my players that have made it so enjoyable for me and want you to know that I’ll always have your back! #ProudCoach