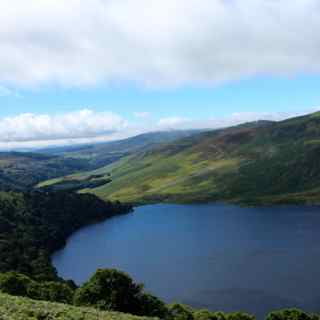 I recently read this story, and after a year reflecting on my life and how to best LIVE it, I think it is important to share.

An American investment banker was at the pier of a small coastal Mexican village when a small boat with just one fisherman docked. Inside the small boat were several large yellow fin tuna. The American complimented the Mexican on the quality of his fish and asked how long it took to catch them.

The Mexican fisherman said, “I sleep late, fish a little, play with my children, take siestas with my wife, Maria, stroll into the village each evening where I sip wine, and play guitar with my amigos. I have a full and busy life.” The American scoffed, “I am a Harvard MBA and could help you. You should spend more time fishing and with the proceeds, buy a bigger boat. With the proceeds from the bigger boat, you could buy several boats, eventually you would have a fleet of fishing boats. Instead of selling your catch to a middleman you would sell directly to the processor, eventually opening your own cannery. You would control the product, processing, and distribution. You would need to leave this small coastal fishing village and move to Mexico City, then LA and eventually New York City, where you will run your expanding enterprise.”

The Mexican fisherman asked, “But, how long will this all take?”

“But what then?” Asked the Mexican.

The American laughed and said, “That’s the best part.  When the time is right you would announce an IPO and sell your company stock to the public and become very rich, you would make millions!”

The American said, “Then you would retire. Move to a small coastal fishing village where you would sleep late, fish a little, play with your kids, take siestas with your wife, stroll to the village in the evenings where you could sip wine and play your guitar with your amigos.”

In the culture I grew up in, I was exposed at an early age to the importance of success. Success was measured in high grades, college degrees, professional degrees, high paychecks, big houses, and “happy” families. I am lucky: my family supports me no matter what decisions I make. I didn’t appreciate the pressure (both internal and external) and influence this has had on my decisions so far in life. I have succeeded, even excelled, by those standards. However, living abroad and traveling has highlighted that there is more to life than long hours and a large paycheck. And for the first time, I am accepting that notion. I have shed both internal and external pressures I have been unaware of for a long time, and living. Life is a journey, and each decision along the way makes it more interesting.

Deep meaningful conversations aside, Christine and Madelyn arrive Wednesday so I get a break from dissertation writing to travel to Spain and then show them all around Ireland and I couldn’t be more excited!!