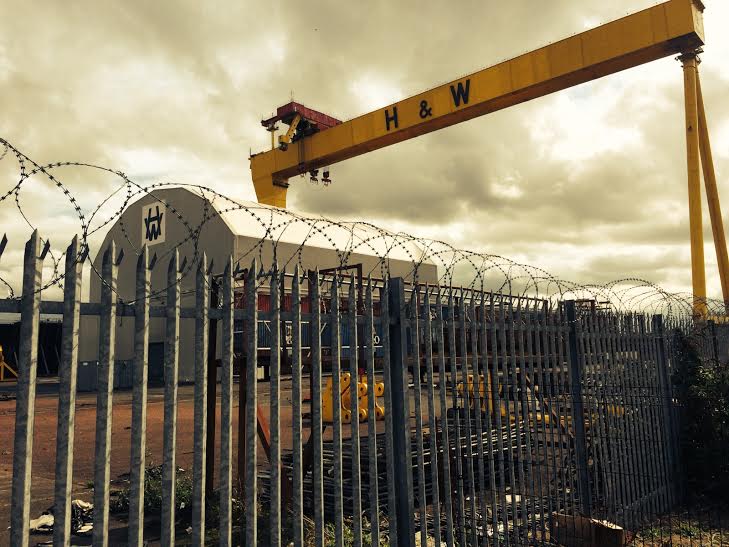 Training week with all the Victory Scholars was amazing. The group quickly becane close knit and it really feels like a team after just one week. Between laughing at each other falling down while hiking Cavehill to staying up until 3 o’clock in the morning eating peanut butter and jelly sandwiches while listening to music, we have already developed some forever memoreis. We were also able to visit the Titanic Quarter in Belfast where the Harland & Wolff shipyard is located.

This shipyard was were the Titanic (you know the ship famous for running into an iceberg) was built. It was created using two massive cranes (named Samson and Goliath) that highlight the Belfast sky when in the city. What made this visit even more intriguing to me was to find out how the two cranes were linked to Newport News, Virginia Shipyard. There is another crane of the 3 that is considered the “baby” of the three. It is used in the Newport News Shipyard for the U.S. Navy.

It was nice to have that connection between my home state and my newly adopted home in Belfast! At the end of the week it was sad to say bye to the other scholars, but it will be fun to stay in touch as we all venture out onto our journeys and begin to pass along our knowledge, joy, and passion to young people using sport.