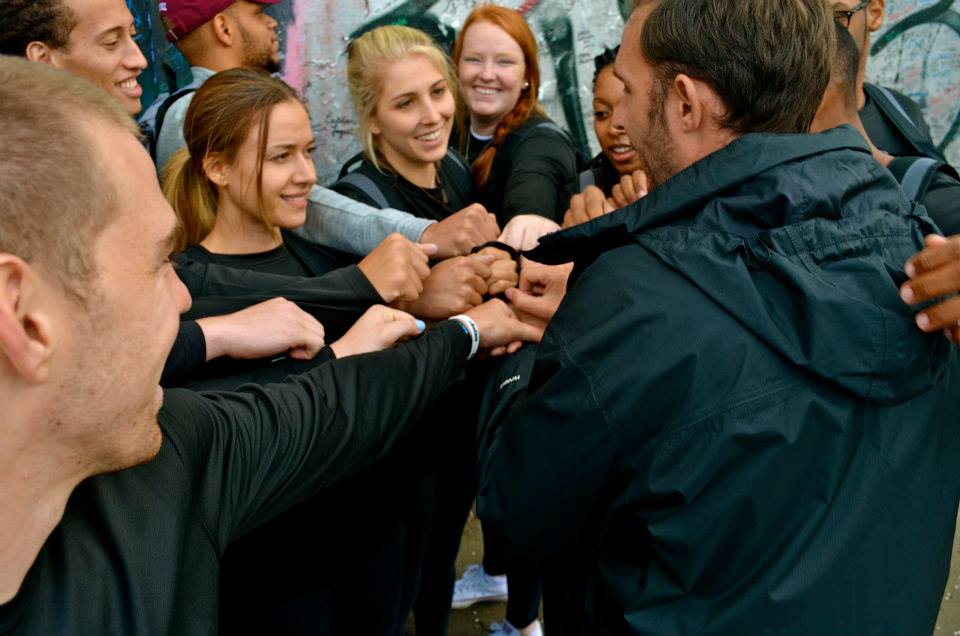 I’ve been in Ireland now for three days… but it feels like a couple of weeks! I’ve have met all the other scholars, (there are thirteen this year!) though most of them will be traveling out of Belfast at the end of the week. I’m already upset at the thought, as we’ve all gotten along so well. Last night, most of us gathered in the common room of our accommodation here at the University of Ulster Jordanstown and were serenaded by Pat, who evidently has a knack for turning dirty rap songs into pleasant acoustic melodies.

We’ve been through hours of team building activites that bring me back to my elementary school gym class days, and we’ve been trained on teaching the fundamentals of agility, balance, and coordination to children. We’ve met with Gareth and Dierdre, who took a great deal of time to really explain to us the purpose of this organization, and Mark, otherwise known as “the philosopher”, who has trained us on the social media tactics we should use, and how to really take advantage in our integral roles within the movement that Sport Changes Life has become. It’s inspiring to see just how seriously the staff takes our training, and how thorough they are about making sure we understand our purpose here. It’s humbling to think that out of everyone they could have chosen, I am one of the thirteen Victory Scholars here to represent them.

I’ve been through a couple EHOOPS sessions already and the people I’ve met come from difficult walks of life, but have obvious spirit. Certainly, they make me rethink the things I’ve complained about in life. I’ve met guys from West Belfast, one who told me he’ll be playing in the “Homeless World Cup” in Chile this year. Some of our SHEHOOPERS taught me about the controversy that surrounds the “flag issue” in center city Belfast, where the Union flag was removed from City Hall 18 months ago, but riots sitll ensue to this day. That of course, was after an our of intense game of team-handball, where they were just as competitive as every SCL staff participant.

I’m already in love with Northern Irish accents and phrases… I’ll have to get used to the weather, but it’s part of adapting to what’s sure to be a life-changing year, all around. My first basketball practice is on Monday. Looks like I’ll have to face the chill and rain and get some running in so I don’t get cut for being so out of shape. 🙂 Until next time…