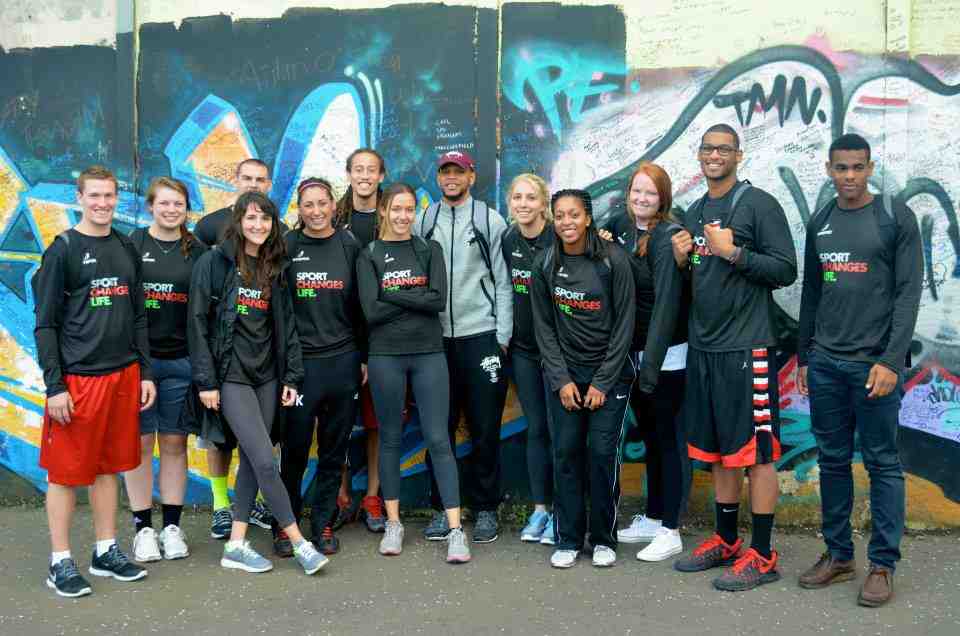 After being in the country for only thirty minutes, I able  experienced a true Irish summer. When I stepped off the plane it was a cool 50 degree summer day. As I walked outside of the airport it immediately became 65 degrees and sunny. On the ride from the airport to the University of Ulster it began raining heavily or “spitting” as Pat and Aimme would say.

After the welcoming weather changes, I went to work a summer camp with my fellow University of Ulster Jordanstown Scholars Ronnie, Ashley, Ryan and Caroline. The summer camp was for about 30 children out in Ballyduff. As soon as we walked into the gym, the energy of the kids was evident as they immediately began kicking balls around the gym. One of the kids at the camp stood out to me immediately. Although he may not have been the most skilled at soccer or basketball, he just enjoyed runing around and having a good time. In one drill, he had to run to a cone and pass the ball back to his teammate. When he got to the cone, he just kept running. I had to chase him for 50 yards before coaxing him back to the group. My introduction to Sport Changes Life through the Ballyduff campers and their endless energy was an easy way to get over the change in climate.