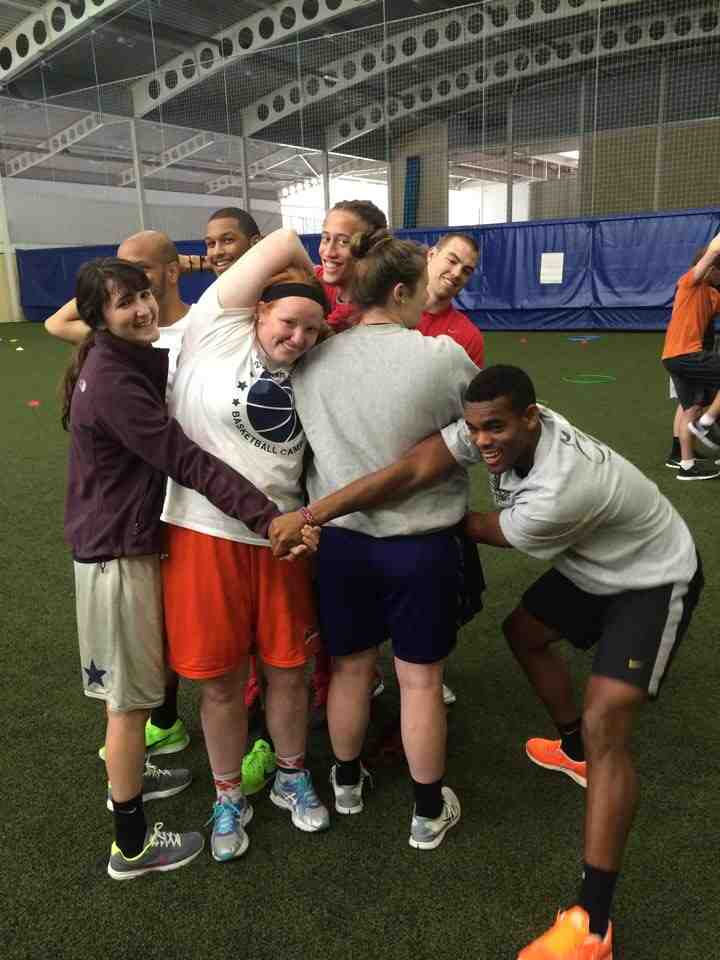 After a summer of anticipation, my journey to the North of Ireland has begun. Today is day 4, and there have been a few bumps in the road, but considering leaving home for 10 months in two suitcases for a totally unknown place, things are going great! When Sport Changes Life says they are your new family, they really mean it. Four days seems like four weeks with the amount of wee bits of craic (FUN) we have already with each other.

The five UUJ Scholars (myself, Liddy, Ashley, Ronnie, & Ryan) were immediately thrown into a summer camp in Newtonabbey. The kids were full of energy to say the least and excited to hear our American accents. Although basketball isn’t one of their more popular sports, once we started kicking the futbol (soccer ball) around, they seemed to enjoy our company. Next we went to another summer camp in Woodburn (both camps are in towns in greater Belfast). It became clear qucikly that these camps are not the same as I am accustom to. The main objective of our sessions is to keep the kids busy, active, and having fun. Engaging in sport in this environment is more important than skill work.

We also spent time with two different EHOOPS groups: one girls (SHEHOOPS) and one boys group from West Belfast. Ehoops programs are usually split in half, spending time playing sports and then time in the classroom. The difference between the groups was huge, and opened our eyes to the culture and identity within Northern Ireland. Patrick (SCL mentor and more) gave an interactive presentation to the girls group on the Flags (Flegs) of Northern Ireland and their relation to people’s cultural identity. It was amazing to hear from the girls and their personal experiences and perspectives.

On Tuesday the rest of the scholars joined us, and despite jetlag, we started our Journey as Victory Scholars. The next days were filled with training, team building, craic (FUN), and surprsingly a lot of Subway and pizza. They promise we will get some traditional Irish food soon! (An Ulster Fry).

We took a sporcle quiz to see how well we know British vs. US words/term. Chip=fries, crisps=chips jelly=jell-o and much more.  We got Aimee (our mini sports mentor and chauffeur extraordinaire) to try a PB&J for the first time ever.

So far, so good Northern Ireland…until next time 🙂