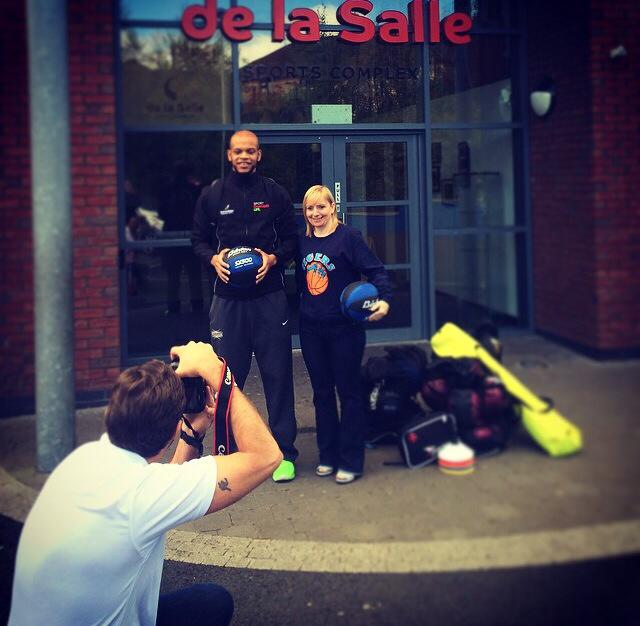 I’ve learned that no matter the country, everyone loves a good rivalry! Within the basketball community in Northen Ireland there are plenty die-hard players and coaches, extremely loyal to their own clubs and proud of the name on the front of their jerseys. At SCL, we have staff members that are heavily involved in primarily two of the clubs, the Tigers and the Elks. The Tigers are based out of West Belfast (Andytown), while the Elks normally practice and play here on campus in Jordanstown. Marc (our in-house philosopher and social media guru) is a Tiger through and through, as he plays and coaches for the club. Once we found out Khalid would be playing for the Tigers men’s team, I’d ofter see Marc pulling him aside to have private discussions about who knows what. Though I’ll be playing for the Elks club team, I coach the Tigers U11 team on Saturdays.

The way I see it, I have the best of both worlds. I love playing with the Elks women’s team with my roommate Caroline and all of the new girls I’ve met here. My coach is great too and we have a lot of fun. We only practice once a week, which is a dramatic change from what I am used to in the states, (where they had to implement legislation that would force coaches to give us at least one day a day OFF a week!) but it’s such a good group that I really wish we practiced and played more.

I’ve only coached the Tigers kid’s team twice, but I already can’t wait to see them again. In this situation too, I feel like just one day a week is not enough. I have been coaching a mix of girls and boys, which is appropriate at their age, since boys don’t really have any kind of size advantage yet. The second time I came, they remembered my name and couldn’t wait to begin the training. John and Clare, a married couple who founded the club, have been nothing but absolutely hospitable to Khalid and I, and welcomed us with open arms into the Tigers community. On our first day of coaching, John took us out for lunch with his son, Odhran and Marc, and then took us back to his house for a visit.  It never gets old going into a person’s house in this country and knowing you’re going to be offered tea 15 times before you sit down.

Our first Elks tournament is this Saturday in Carlow and I am extremely excited! It’ll be the first time I’m seeing a lot of the other scholars since our first few days here. The downside is that I will miss a day of coaching with my little Tigers, and I’ll have to find a way to make it up to them the following weekend. For now, I think I can handle straddling my loyalties between the two clubs… hopefully tension doesn’t get too high as the year goes on and the competition gets fierce!