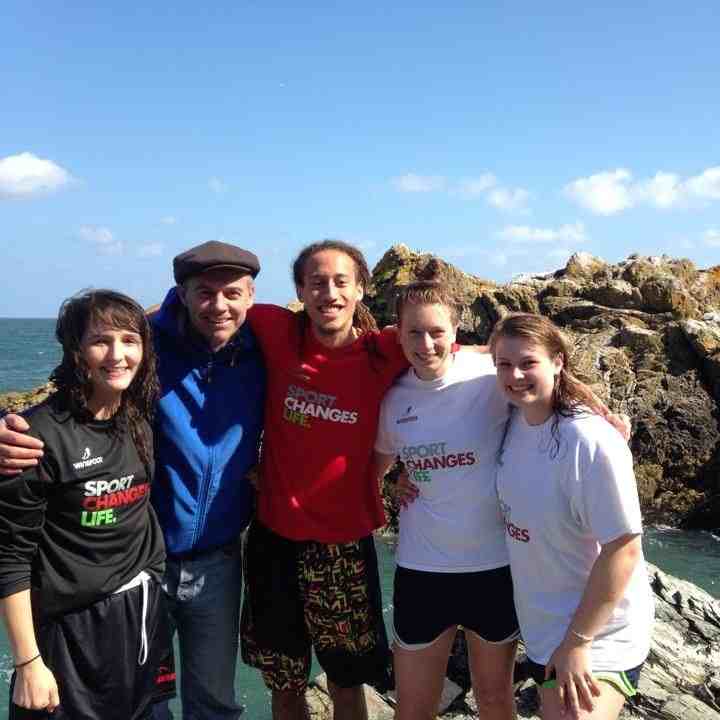 When it comes to heights, I think of myself as impartial. I don’t shake in my boots, yet I wouldn’t choose to go for a picnic on top of the Eiffel Tower. That said, I have never been cliff diving before and have never really been inclined to go. This was the case until Wednesday when Katie (who has been cliff diving before) scheduled us to go diving with Dave McKay, an expert in diving off of the cliffs.

I had seen the cliff before this past summer but had not jumped off of it. Now when I say cliff, I mean giant rock that is about 30 feet high, nonetheless, freefalling from 30 feet is scary. My fellow scholars Jen and Ronnie, as well as Katie and her roommate Mai-Thy all went out to Howth, a suburb of Dublin right on the east coast. As we got close, we realized we all had different fears. Ronnie was afraid of the freezing water (makes sense cause the water was like ice), Jen was afraid of the jump (also makes sense, who wasn’t?), and I was afraid I would either hit a rock on the way down and spiral to my death, or that I would sink to the bottom because of the density of my body (I’ll leave it to you to decide if this one makes sense).

We started the hike to get to the cliff and saw that we had to jump into the ocean from the first rock to then climb the next rock that we would jump from. We all got into the water with no problems, minus the temperature taking our breath away.  Our first challenge was to get onto the next rock. It looked pretty easy, however these rocks were covered in barnacles. With the adrenaline pumping we got to the top. I looked down at my legs and was gushing blood, pretty typical for those who know me. Now apparently salt water draws the blood out of you so the cuts were not actually that bad, and I was told there are no sharks in the Irish waters. But who doesn’t watch Shark Week and know sharks can smell blood from like a million miles away!!

Anyway, it was my turn to jump and it took me a little bit but I took a leap of faith. Turns out I wasn’t too dense, and didn’t spiral down the rocks; I popped right out of the water. The waves and current were really strong so for a moment I imagined myself stranded at sea with only a volleyball named Wilson, but I got back to the rock with only a few more barnacle “bites.”

So what did I take away from this whole experience? The ocean is freezing (ice bath status), barnacles are extremely sharp, I need to purchase water shoes and before you do something don’t think about it too much! I want this year to be an adventure filled with excitement and learning and so far it has been just that!