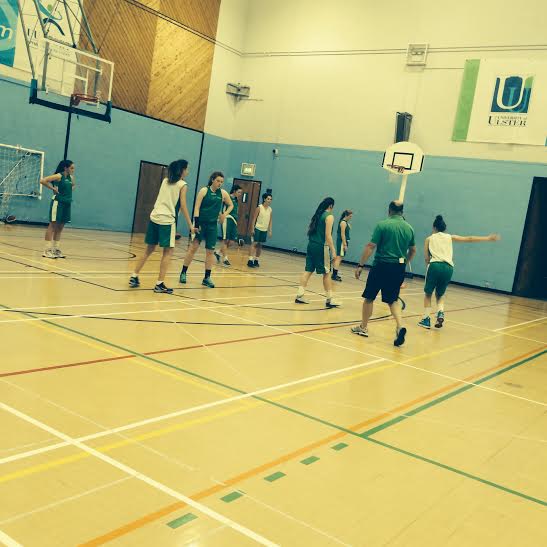 So maybe I am not cap-tied to Ireland considering I am not a player. Nor ever been part of a game. However, I did take part in the National Irish U16 girls training this past weekend. Irish Coach and SCL mentor Andy Gill asked me to help throughout the weekend of training and I was honoured he let me get involved. It consisted of two days and 6 hours of training each day. Let’s just say the girls impressed me by the end of the weekend.

It was fun to see what Ireland’s best had to offer at the U16 level considering my club team I coach is also U16. I wasn’t for sure how much I would be involved at the beginning of the weekend, but Andy let me get very hands on and instructive with the girls throughout the practice. I was able to see growth and development even by the end of the weekend. A sign of a good player is when corrected on a mistake they can take the criticism and apply it without making the same mistake over and over again. This weekend I saw a lot of the girls take the advice and apply it throughout the training.

As I spent more and more time with the girls I got a chance to get to know them a bit as it is important to know your players both on and off the court! It was fun learning about what the girls goals are, where they are from and how they hope to one day play college basketball in the states. Sometimes you don’t exactly choose when, where, or how you begin to make connections and relationships with people. This was one of those times.

As I coached away I could feel myself becoming developing relationships with the girls and really caring a lot about them. I hope that in the future I am able to further assist Andy and the National team so I can see their development and help them become better basketball players and people. I know their goals and it allows me to act a certain way with them knowing they want to reach the highest level. I challenged them not to be just good, but to be great. There are enough ordinary people in this world, we need more extraordinary people to make it a special place. They worked hard and gave every ounce of energy they had and it made me really proud. I challenged them to become better leaders at such a young age and to really push themselves to be better than the next person.

Want to stand out and want to be special. Those were some of the final words I left them with. Hopefully they cherish them and take them to heart and continue to work. Don’t be good be great is what my college coach always told me and I live by that every day! This weekend though the girls were the great ones, me…I was just part of the Ireland National team.