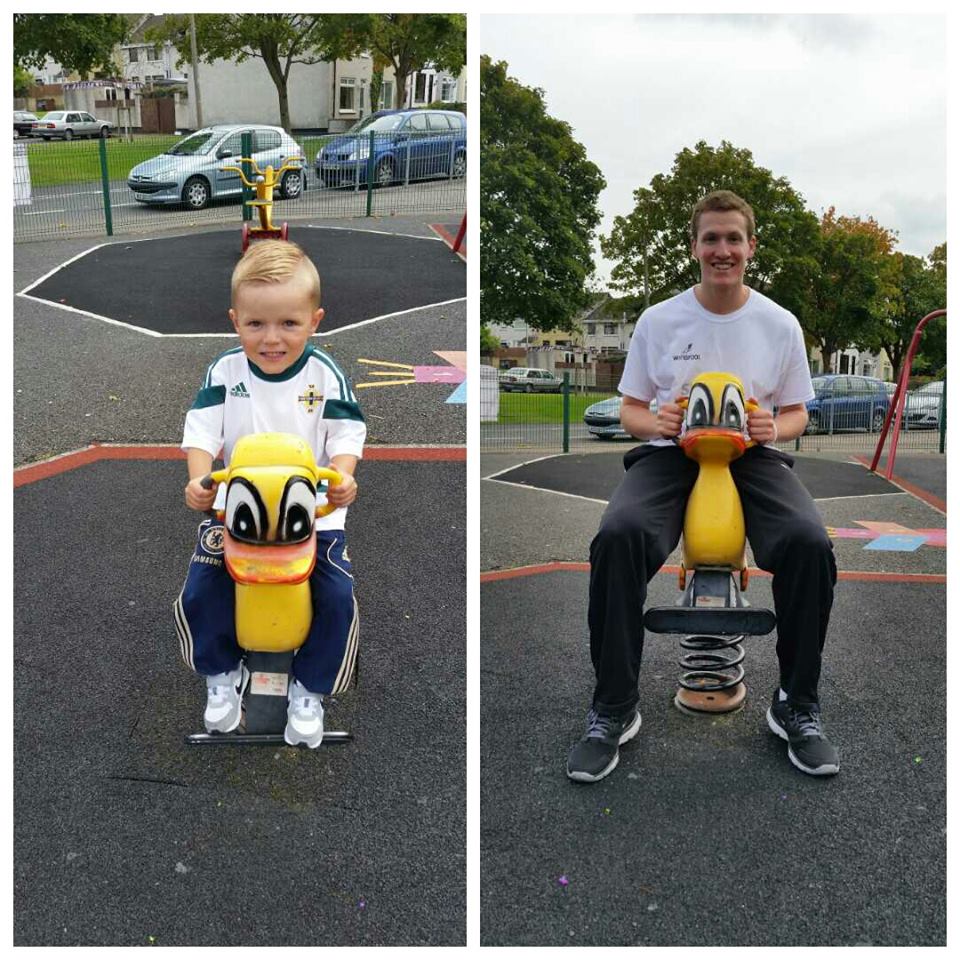 Over the first two weeks I had the opportunity to work/play with the next generation of Northern Ireland. We reported to camps all over, particularly in those less privileged areas. I quickly realized that I had their ear and an opportunity to make a difference in their day. I could share my story, or say good job and make their day or even their week.
Many of the children had never met an American, yet many of them asked, “Do you know the Kardashians?” The show’s popularity here was a disappointing realization to say the least. I wanted to say “No I do not keep up with the Kardashians, nor should you!”
On the final days of summer camp, I spent a lot of time on the playground with the younger kids. It was surprisingly sunny for the last two days with NO RAIN (we need to enjoy these days now because they will be nonexistent soon). Out on the playground I felt young again, even though I was primarily spotting children, pushing them on the swing as they said “higher, higher!”, or lifting them up on equipment which I recall being removed from playgrounds when I was a child.
There was a young boy named Ryan, and although he was not the only Ryan given that it is Ireland, he reminded me of myself. He was quite (and probably cuter than I was) until he asked me to help him on the swing, and then after that he was having me run around the playground with him, playing hopscotch, seesaw, and any other games he could create.