Giddy Up Giddy Up 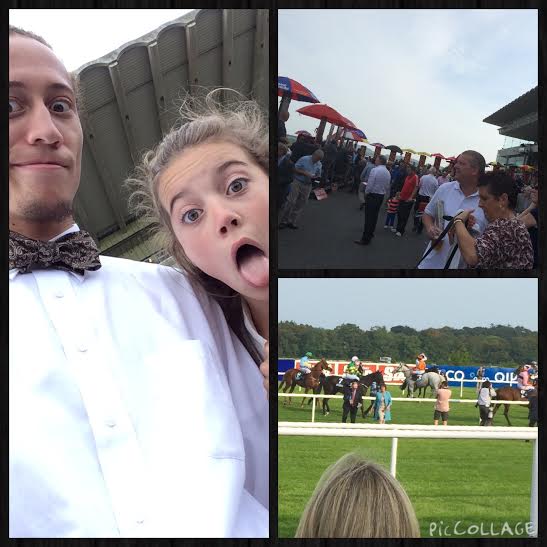 Today I was able to visit Leopardstown race course to watch the horse races. We were the honorable guest of Polly, who had multiple horses racing throughout the whole day. Let’s just say everyone has a passion about something, and horse racing is Polly’s thing! It was interesting to learn about everything that goes on behind the scenes at the horse race. How the horses warm up hours before and cool down hours after their race. Never question a sports credibility until you take the time to truly learn about it.

Overall, it was a good day as we got to see the different horses sprint around the track. It was like being on Wall Street with all the gals and gents placing bets bets and more bets on multiple horses throughout the afternoon.

We also got the chance to watch fellow Victory Scholar Nicole Krusen play a match for NUI Galway at a nearby gym. It was nice to show support and cheer for her as she ran down the court shooting three after three. It was crazy to see her down in the paint battling with a 6’2 girl. It’s fair to say that our fellow scholar held her own in the paint – great job Nicole.

After the horse race and Nicole’s game, I had seen enough of running. I ended up staying in Dublin with Ryan and Caroline since we had a tournament coaching our girl’s team in Dublin. The morning of our game, we were in an unfamiliar public transportation routes as we were in search of locating the gym. When we finally reached our stop, the doors wouldn’t open (we were punching the open button). The DART (train) continued to the next stop. Fortunately we were able to get off there but we knew we were pressed on time with only 15 minutes remaining until we needed to be at the gym. So we through our backpacks on our shoulders and we began to do a little running of ourselves in search of the gym…

Next blog, I’ll let you know how we faired.