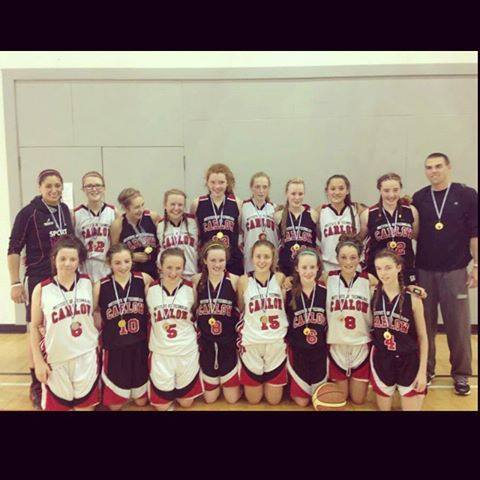 This past weekend I got the chance to coach my first tournament with the 16 & under girls’ team.  IT Carlow hosted the Midlands Mania basketball tournament and I got to see dozens of children from all across Ireland in action over the course of Saturday and Sunday at the Barrow centre in the college. There was some great talent out there and I really enjoyed watching the games, but it was even better being able to coach the girls.

This was my first time coaching a team by myself, so I was a little nerve at first. I had also just met the girls right before our first game was about to start-which made things a little nerve racking, but I was up for the challenge. The girls ended up winning both games that Saturday which lead them to the semi finals on Sunday. We ended up with a record of 3-1 in the tournament and lost in finals on Sunday. The girls gave an impressive effort and played a great game during the championship. The most import thing is that they never gave up the entire game and kept fighting because in the end they were still winners.

“The most important thing about winning is believing that you can win no matter who you are playing.”

Overall, I really enjoyed coaching and teaching these young girls over the weekend and I am looking forward to watching them progress and grow over the next year into great players.