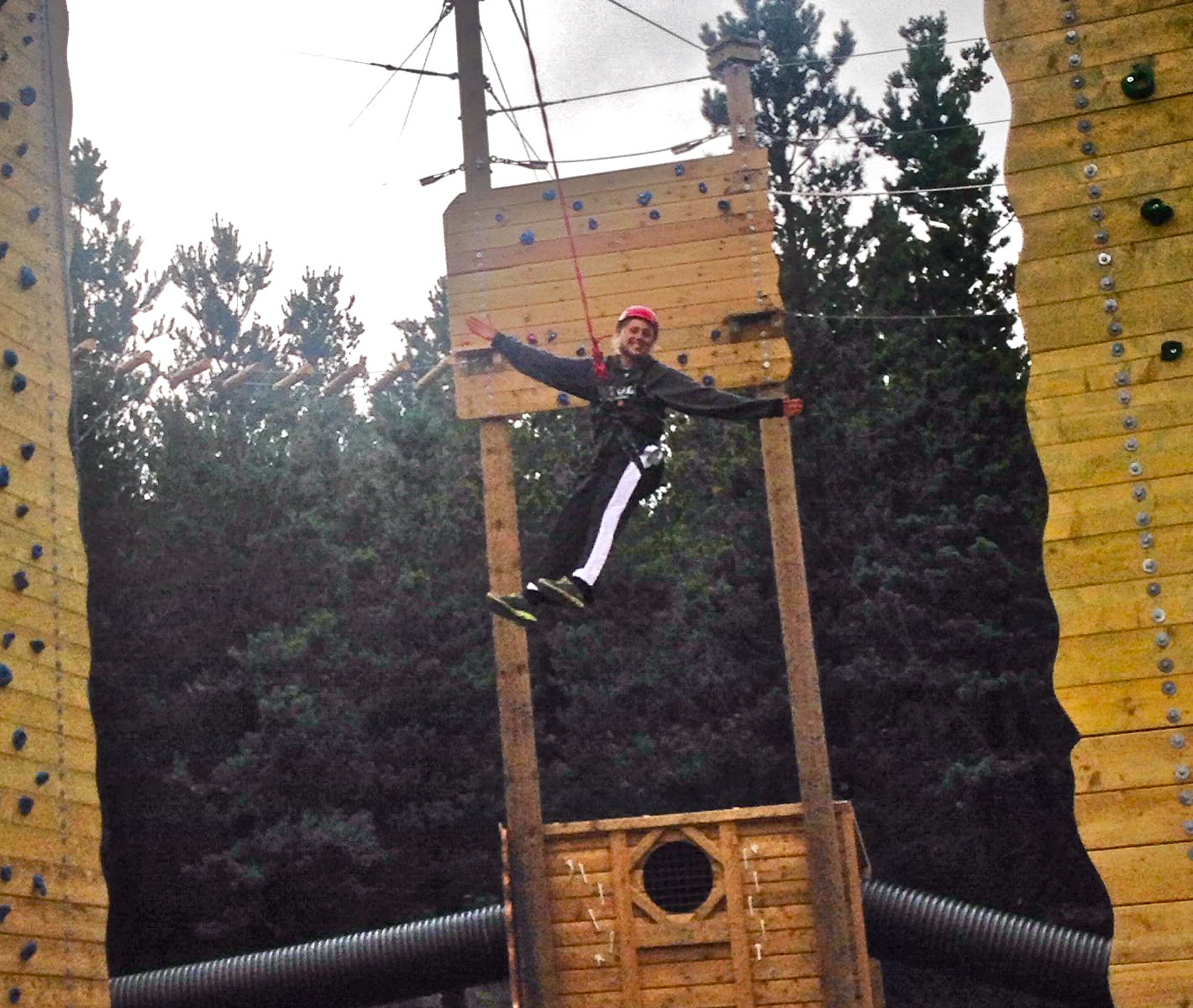 On Friday, my MSc Marketing class (which consists of a whole whopping 6 people) went to Delphi Adventure Center. The trip was intended to help team building and bonding, which it did. However, I think it more so helped us confront our fears and overcome them! I’ve never been a huge fan of heights. I don’t know, just something about being up really high in air with the possibility of falling on the hard ground just doesn’t suit my fancy. So I guess I’m more afraid of falling than I am of heights, but either way I had to suck it up and face my fears!

At Delphi, we did some rock climbing, went on zip lines, did a canyon swing, and also did this aerial obstacle course. So basically everything we did involved heights, which was nerve racking at first, but knowing I had a harness on helped a little. I was a kind of afraid, but I put my fears behind me and even volunteered to go first on everything! I’m not going to lie, I was terrified doing some the activities, like walking on a wire and only being able to hold these hanging ropes or falling backwards off a pole 50 ft in the air. I haven’t even mentioned the canyon swing yet. Well, I guess it’s more like a bridge swing but they called it a canyon swing and I personally think it sounds cooler. Anyways, it’s basically like bungee jumping except your leaning backwards off a bridge with a clip that attaches you to the bridge and then all of a sudden the instructor releases the clip and you fall backwards off a clip and swing back and worth under the bridge! To say I was scared would be an understatement…I was petrified! Just watch the video I posted on Facebook and you can see me fall and scream (I’m warning you, it’s loud)!! It was so much fun though. I’d do it again in a heartbeat. We all had such a rush of adrenaline after it was insane. Even though they were some of the most frightening things I’ve done, they were by far some of the most fun and exhilarating activities! So anytime anyone wants to go back to Delphi, just let me know 🙂