The Murals of Philadelphia vs. those in Belfast 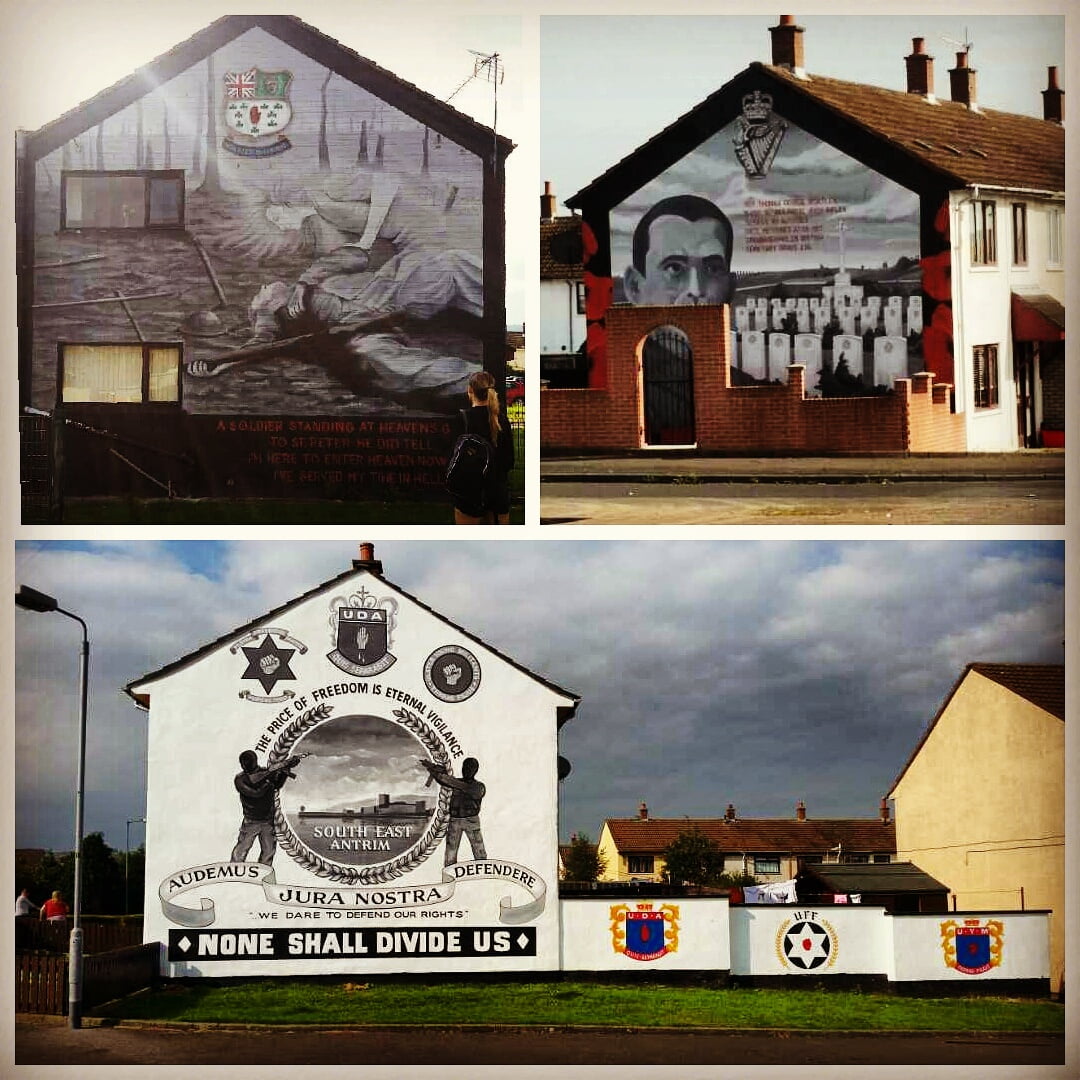 The City of Philadelphia Mural Arts Program is the largest public art program in the United States. The mission statement says, “Our process empowers artists to be change agents, stimulates dialogue about critical issues, and builds bridges of connection and understanding. Our work is created in service of a larger movement that values equity, fairness and progress across all of society.” My exposure to murals in Philadelphia did not prepare me for the murals in and around Belfast.

Initially, I viewed the murals as a symbol of the terrible violence between the Protestants and Catholics in Northern Ireland’s past. I could not imagine that these images had relevance in the communities to this day. My exposure to murals as positive and inspiring images for communities to rally behind made it difficult to fathom that these pieces of artwork represented hatred and violence.

We delivered equipment to community centers in Carrick Fergus, a neighborhood where police will rarely enter, and Woodburn. One of our mentors brought us to a mural (the bottom image on this collage) that was painted only two weeks ago. It symbolized the paramilitary that existed in the community. I was in denial of this truth, even though the images regularly showed masked men with guns, it was when Mark told us that these were not only a thing from the past that I fully comprehended the meaning and significance of these public displays.