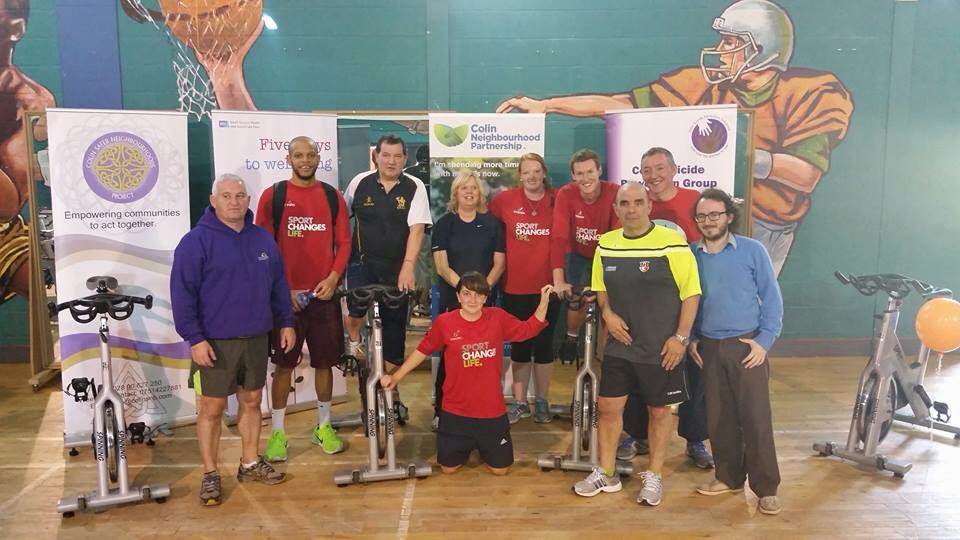 On Wednesday, September 10, Ronnie, Ryan and myself had the opportunity to go to West Belfast to a spin class. The spin class was in Poleglass at the community center for world suicide prevention day. We spent about 30 minutes enjoying a spin class led by the community leader. We were joined by our fellow Ehoops police officer and all got a good sweat in.

After the spinning we had the opportunity to have a conversation with the community leader. This conversation was one of those moments where you have a realization– a small understanding of what life is like living here. He described the streets we were walking and driving on as war zones. Only 12 years ago in 2002, he said you could walk down the street on a Saturday and see over a dozen cars torched and burned empty. He described to us that every single day he tries to deal with the youth’s social deprivation, lack of education, drugs, underage drinking, crime and more. He stressed that it isn’t a 9-5 job, this is the reality 24/7 all over communities in Northern Ireland. This community leader is a volunteer trying to make safer neighborhoods and get kids on the right track.

It was humbling when he was thanking us for volunteering our time to help the youth we are working with when he literally is on-call 24/7. He said he has people waiting outside his house at all hours of the night and he is just a volunteer for the community. He stressed how important time is, in all aspects, but how just us giving time can make a huge difference. Today was the first day I realized the actual impact we have the ability to make everyday.