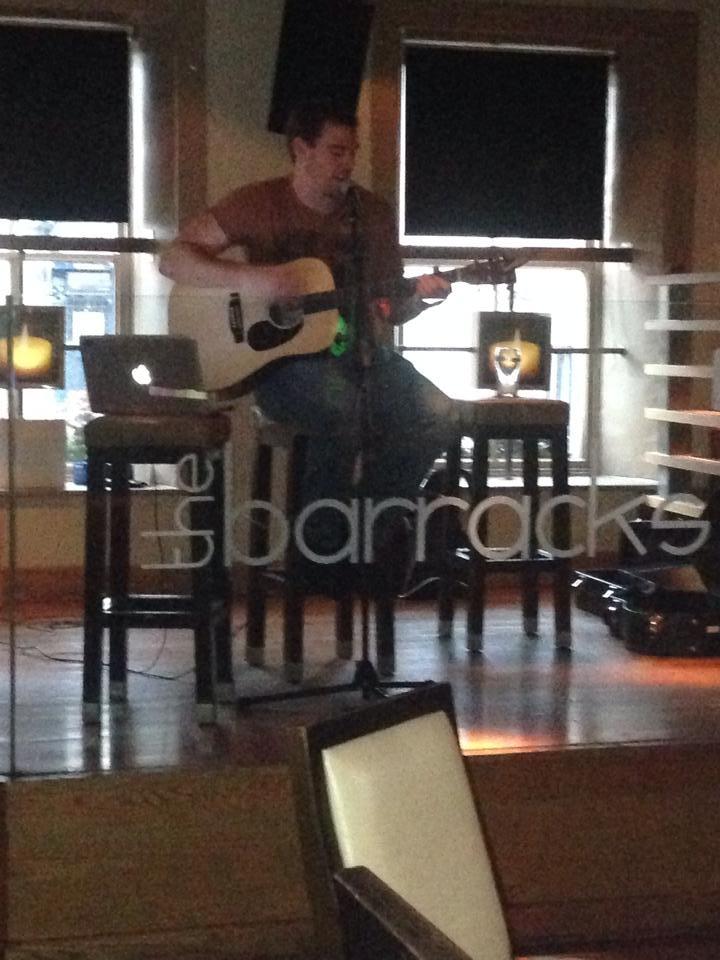 I recently joined the music society at IT Carlow.  The group meets Monday nights from 5-7, and everyone brings their instruments.  It is awesome to see how many different cultures and ages come together through music.  At one point during the session I was playing guitar with another guitarist from Spain, Singer from Germany, Percussionist that was from India, and another singer that was from Poland.  It felt more like a United Nations meeting rather than a music group in Ireland.  After the practice we had a few drinks and discussed what songs we would perform and in what order the next night at Tully’s.  The performance went well and I believe my rap acoustic songs left everyone scratching their heads, but also got some type of enjoyment out of the old classic performed in a different way.
I plan to bring the same type of feel this Thursday at the Barracks.  I have a few of my teammates from basketball (Roz and Kieran) playing with along with a few musicians from the Music Society (Rieka). I plan to play a few Bob Dylan tunes, a few old classics from the 70s, maybe some Avicii, and finally some mashups of songs put together as one.  I am really looking forward to Thursday and hope is goes well. If you are in Carlow on Thursday October 23 around 9:30pm, come by the Barracks, have a few drinks, and enjoy the show! See you there!!!

Alma Mater: University of the Sciences