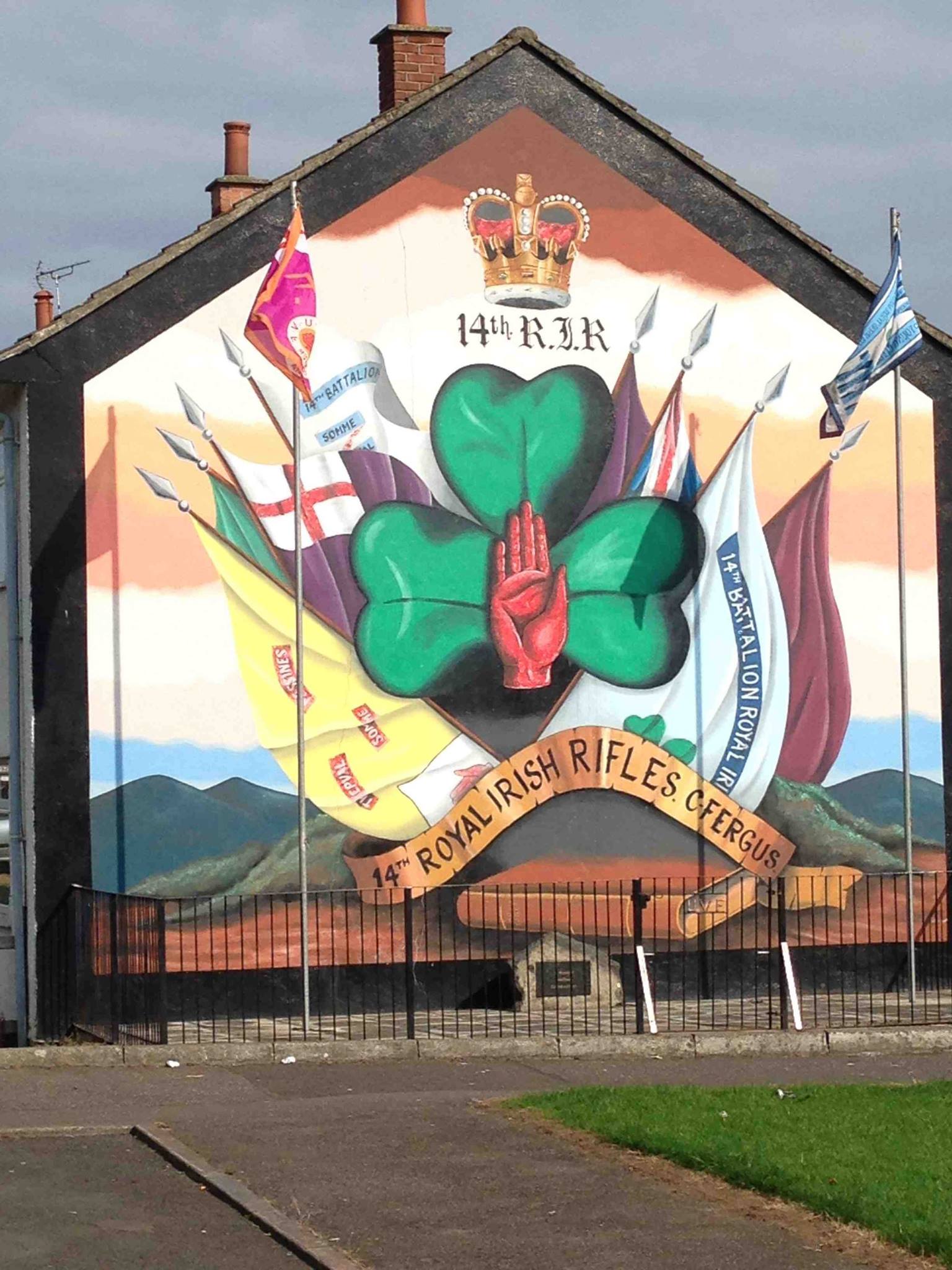 This past week a new Ehoops group was started and the turnout on the first day was much more than I had expected.  The new group was from Carrick.  A few weeks ago we went to Carrick to deliver sports equipment to local community groups and community leaders.  While there, we also saw several of the murals around the neighborhood which depict political messages or the markings of the different para military groups operating in the area.  It was interesting to see how common it is for a paramilitary group’s mural to be just a few blocks from a community center.  I have seen similar murals in the many towns surrounding Belfast and they provide background information to the different areas as you travel to around Northern Ireland.  These murals also seem to serve as a storyline for the events and turmoil that has affected certain areas.

The Carrick group was set to begin on Monday, but I was coming from six hours of class and did not know what expect with this new group.  When I walked into the gym, there were already 40 Ehoopers playing basketball and soccer.  This was beyond anything I had expected.  The three previous groups I had been exposed to consisted of small groups with at most 15 participants.  Also these groups were usually separated by gender with Ehoops and Shehoops.  This group from Carrick was different because the genders of the participants were mixed and offered a more inclusive sample of the population of Carrick.  Having this mixed group showed the growing reach and influence of Ehoops and its effort to positively affect the young people of Northern Ireland.