Shaking in my Boots 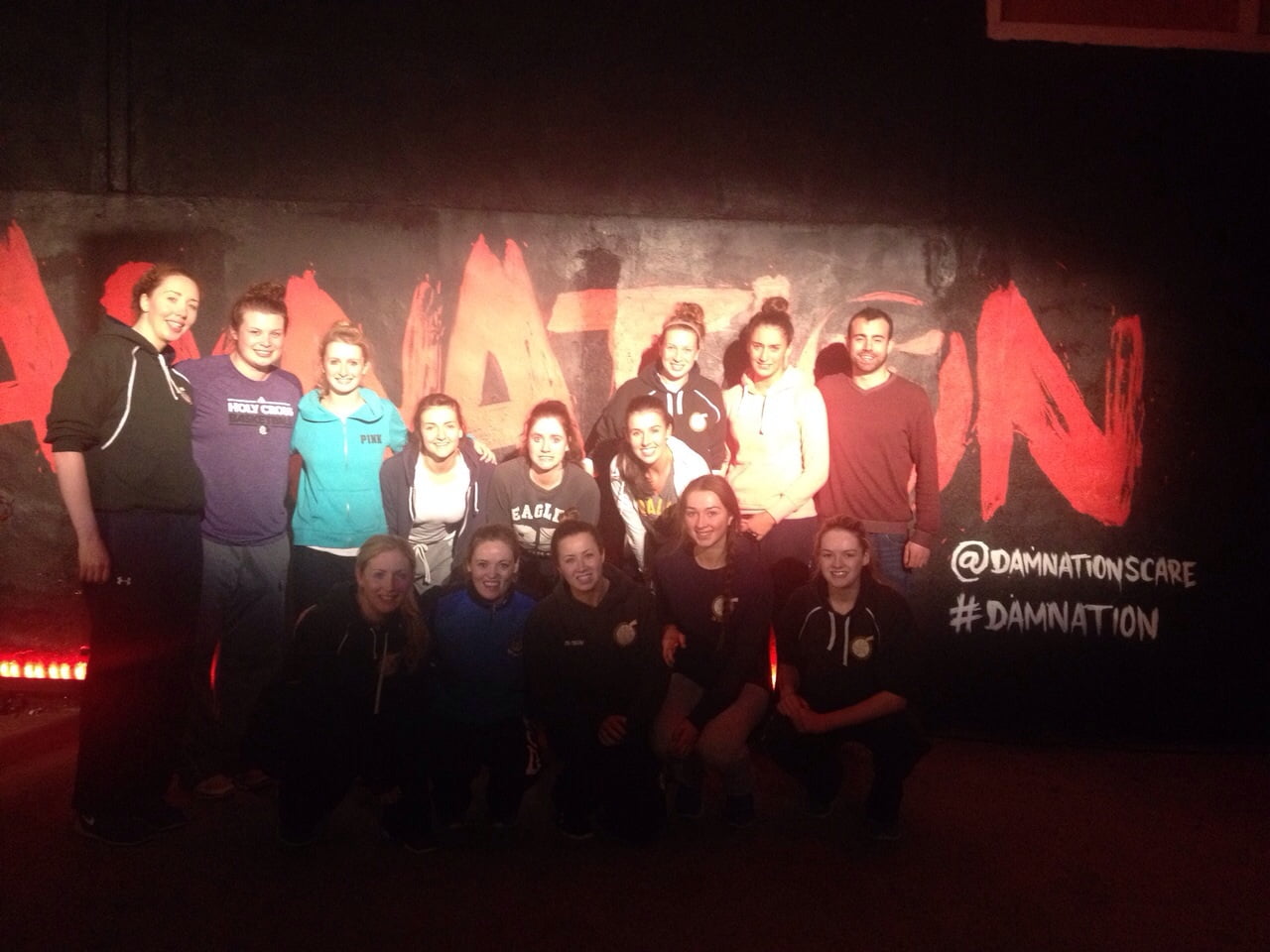 It was about 8 years ago when my family and I were in a haunted house and I swore to myself I would NEVER take part in such an activity again.  Every summer we would go to Wisconsin to visit my grandparents and would take a day trip to the Wisconsin Dells. After spending the day at Noah’s Arc, the greatest water park in the world we went to a ‘Fun Land’. There was a haunted house that my family thought would be ‘fun’ to go through. Let me preface this with saying I am the person who sprints up from the basement after shutting the lights off and who cannot even watch the previews for scary movies. It was absolutely the scariest thing of my life but also the funniest looking back. Needless to say, I promised I would never subject myself to that kind of fear again.

Well guess what, my team and I went to Damnation after our game on Sunday (which we won by the way, 3-0 baby). The entire day I was panicking and wondering how I would be able to get through this massive haunted house where there are actual people who can touch you! The anticipation killed me and I won’t publically say what happens to me when I get super scared or nervous but those of you who know me…ehem DA. Long story short, I was terrified through the first half of it, creepy old men and things popping out, it was bad. Luckily in the second half Katie and my teammate Aoife were able to call out exactly where something was going to pop out. We made it through the second part like haunted house bosses. I would smile at the actors and when they didn’t break character it got kind of awkward but I would take awkward over terrifying any day of the week.

I wouldn’t go as far as to say I conquered my fear but I definitely faced it. I am proud of myself, but probably won’t go to another haunted house until I am forced to. With that all I leave you with is Happy Halloween! Gonna go celebrate by eating my weight in candy!