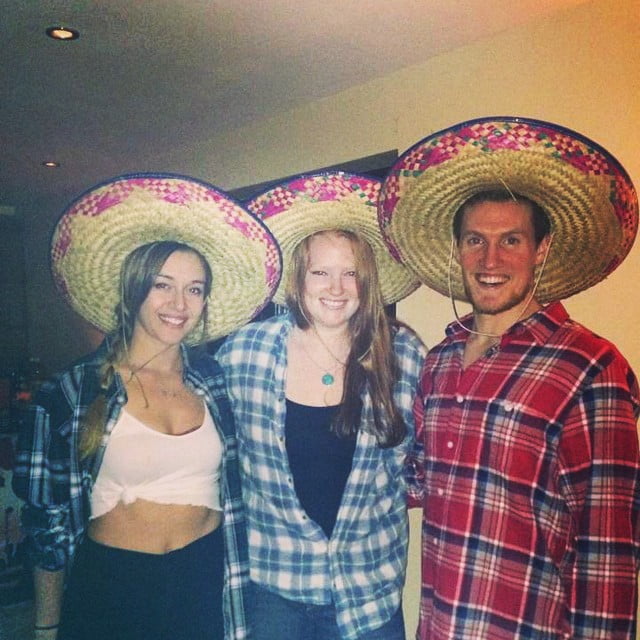 ‘Tis the season for pumpkin carving and trick-or-treating! Halloween has always been one of my favorite holidays, and I’ve been pleased to discover that it’s no less celebrated on the Emerald Isle than it is at home. Ever since I heard they don’t celebrate Thanksgiving here, (quite possibly the best holiday), I’ve been a little paranoid. There are some little quirks and differences, but the main points are the same; candy, facepaint, and a thousand college girls dressed up as cats.

As Gareth and Deirdre Maguire set off to South Africa on business, I stayed at their house with Pippen and the girls for the week. We searched through their stash of old Halloween costumes and tried them all on. Erin (their youngest daughter), and I carved pumpkins and set them up on the front doorstep. The girls told me stories of Halloweens past, and explained to me the differences in trick-or-treating. Here, there’s a wee bit more effort expected from the trick-or-treaters than at home, as they’re expected to actually sing a song at people’s doorsteps, where a simple “trick-or-treat” doesn’t cut it. In return, it’s common to receive money instead of “sweets”, which is definitely unheard of in America. It doesn’t seem as though trick-or-treating is quite as popular here, and almost no houses decorate for the holiday at all. At home, the streets will be decorated at a level only second to Christmas, and I have neighbors that prepare for weeks… creating intricate, spooky mazes in their front yards and booby-traps for trick-or-treaters to get past. Aside from the occasional pumpkin or two, only public places had any kind of decoration.

We were invited to a few Halloween parties by teammates and staff members and we had a good time putting together some last-minute DIY costumes each night. We ended up celebrating the holiday three nights in a row! The most fun was definitely hitting the town Halloween night and admiring the creativity and effort that some of our Irish peers put into their ensembles. Face paint is HUGE here, and we saw some pretty intense… artwork. I’ve never gone into a city and celebrated Halloween before, so I found it hilarious to be walking around city center Belfast as the social spots let out and watching all kinds of zombies, monsters, movie characters, and random dead people lining the streets, getting into cabs, and eating takeout.

All in all, I’m satisfied with an Irish Halloween… almost enough to make up for the fact that they don’t do Thanksgiving. Actually I wouldn’t go that far, but it was definitely good craic. We needed a few days to let loose before November hits us hard! Grad classes are getting pretty intense, basketball is starting to pick up, and we’ve added a few new ehoops sessions per week!  But if there’s anything I’ve learned from this Halloween it’s that the people will take any excuse to go out and have a good time, so I’m confident we’ll always have an opportunity to balance the work and play.