Relationships, Come In All Shapes and Sizes 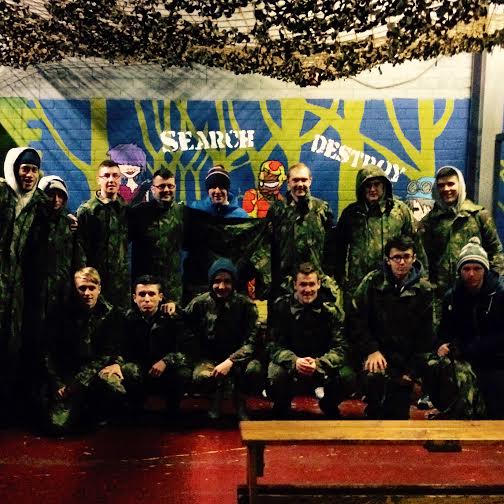 We all do it. It comes a point while doing something that you reach when you don’t want to do it one day. Maybe you are too tired because you stayed up too late watching the Packers beat the Bears on Sunday night football. Maybe you got stuck watching your favorite show on Netflix and after each episode you said it would be your last but you couldn’t stop watching. For whatever reason you are too tired, lazy, or unenthusiastic that you don’t feel like doing what you’re supposed to do. Unless that is, walking into the LeisurePlex facilities in Lisburn with the Cregagh Ehoops group.

Every Monday since being in Northern Ireland I’ve been with this group. Each Monday I knew for the first hour while being with them I was going to have to participate an hour in football with them. No matter how well I would play that night (not always the best, I’ll be the first to admit) I knew I was going to be taking constant hackles and harassment from the lads. I know it was all fun and games but sometimes it made me think that even if I was trying hard it wasn’t enough. After each football session we would go into the classroom and have a chat about different community or culture problems going on in the world. That’s where you would see the relationships between myself and the lads begin to grow.

As much as they knew I stunk it up in football and probably made their team lose, they were so interested and enjoyable to talk to. It’s almost the Irish way to joke around with someone, it’s actually a good thing because it means they like you. Each week I began to see how good and respectable these boys were. Some you have to look deeper inside than others but in all it was there at some point and some time. It would have been easy for them to see this American trying to be a part of their culture and just cut me out and treat me like crap but they never did.

Our program has begun to wind down and we have started the celebration process. A lot of the lads have started to successfully find jobs and begin work. While others have become more self-motivated and are in line to succeed in finding a placement for a job soon. This past week we had the chance to enjoy paintball with the lads and let’s just say it was a new experience. I was freaked out a little about how it may hurt, up until I found out the lads were just as freaked out as me.

After a night of head shooting, diving on the ground for safety, getting my skin broken on my hand, and everyone having bruises/whelps from head to toe we all sat down and had a wee meal together before departing. It was nice to see the comradery between the group and just how close knit it had become. It was a good bit of craic and nice to see the lads in a different area type.

As I watched from afar I knew that I wasn’t down because there was only 2 more Monday nights with this group of boys. I knew I had something in common in some way with all of them and I knew we all had a friendship now. Most things are meant to have an ending but the memories I have playing and working with these lads will be with me forever.