Ronnie, Being the American 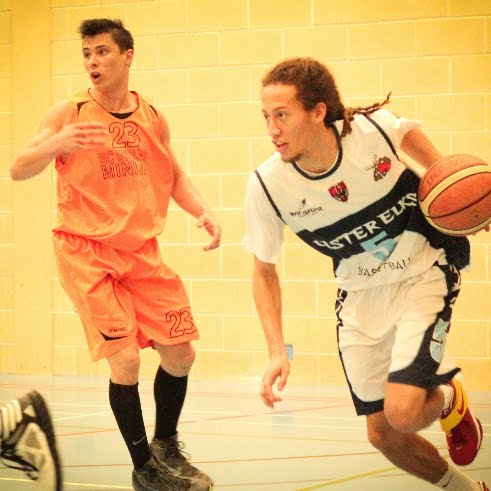 Fitting in with my stature has been difficult here. Getting random looks as I sit on the train or having every kid stare into my face as I walk in the city center of Belfast. It’s like I am an alien of some sorts. I do stand taller than most in this country but there are also people who are just as tall. I am the son of a father that is African-American and mother that is Caucasian. However, my skin still reflects such a light complexion that it can’t be that I’m a part of the 1.8% ethnic group in Northern Ireland. Maybe it’s the long dreadlocks that have seem to have grown even longer while here in Ireland. However, I know that the Irish at least watch TV so they have to have seem them before.

Whatever the reason it is, I’m fine with it. I have never been one to shy away from attention as it gives me more of an opportunity to interact and make silly but sometimes meaningful conversation. Whether it’s learning how a Frenchmen once flew a plane from my home city (Roanoke) down to Orlando, Florida or that this Irishmen’s mother had been deported back to the UK for having illegal residence while living in Virginia. Looking different also gives me an advantage with kids.

They seem to always notice me quickly (even in the US) and have an easy way of remembering me through my symbolic dreadlocks. We recently started up a new Friday night basketball session to help get the excitement level of basketball up in the primary school students in the local areas. If anyone knows me they know the love I have for working with younger kids and this new session has been a blessing for me. It allows me to stand out to the kids at first because of the way I look or the way I talk. However, unlike just walking past people in the city I get a chance to show these kids just who I am. That my energy level may run higher than theirs even if they had just finished eating 6 bars of chocolate and that my enthusiasm for playing sport or games is what I truly live for.

I guess this is important because it gives me the chance to be more than just the different American. It allows me to have a chance to make a difference and be a hero for some little kid, like my main man Sol. It’s why I came here. I knew sport helped change my life in so many ways and I wanted to help it do the same for someone else. Whether it was this year or 5 years from now that it truly changed their life, it wouldn’t matter as long as it happened. So maybe I don’t exactly fit in to what the average Ireland person looks like, it’s okay with me. That makes it easier for me to stand out and show everyone who the real Ronnie Thomas is, rather than just the American.