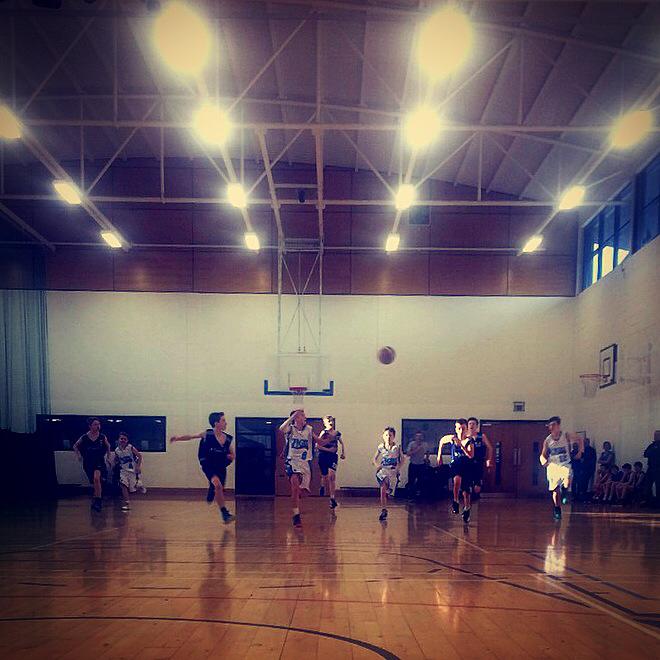 While the other four victory scholars were spending the day with the Elks club in Jordanstown this Sunday, I had my coaching debut with the Tigers U14 girls team in a friendly match against Dungannon in Andersontown. Some of the girls that showed up to play had not been to a training yet and I didn’t know them. We had about half the amount of girls as the other team and a lot less height. I figured we would probably get beat, but I would try to keep my focus on maintaining the girls happiness and making sure they have fun.

In the first quarter, we were winning 12-2.  I found that as a coach, I really didn’t have to do much. I made sure we had a subbing rotation that made sense and provided encouragement from the sideline. The girls worked together extremely well, and we continued to pull away as the game went on, entering the last quarter at a score of 28-12. I think I’m the next John Wooden.

One girl on my team, named Eimear, has shown up to every training and is always in the gym with her older brother. She’s only 9 years old, and as I found out, her participation on Sunday marked the first game of her entire little life! I can still remember being around her age, in the same boat; nervous, anxious, and younger than all the other girls. Even now, I can recall games at the college level where I would be anxious all day up until the first minute of play. Most athletes would agree that it’s almost instantaneous… as soon as you jump in and become a part of the action, the nerves just evaporate, even if they’d been building up for days or weeks.

I knew that Eimear would have the same realization once she started to play. When I told her to head to the table, I watched her walk timidly to where her mom was working the clock, and I knew that she would remember this feeling and this moment long into her journey with basketball. As I suspected, by the end of the first quarter, she couldn’t wait to get back in.

When I think back to the years of basketball that really gave me an edge and made me better, it was undoubtedly those years that I found toughest at the time. Playing with my older sister’s age group in my first couple years put me ahead of the girls my age. Playing my first year of AAU at 13 I still credit to being the most stressful year of basketball of my life. I came out of it, however, with most of my refined skills that I still use to date. All of the stressful experiences I’ve had in sport have made me better in some fashion, and while I’d like to think sport is all for fun, the not-so-fun times are beneficial too. Those are the times where an athlete’s character is built.

This game was the first chance I got to acknowledge that process unfolding within another person. Eimear absolutely loves basketball, and I’m sure she was confused by the sick feeling she was getting in her stomach at the idea of playing it all of a sudden. I know it took a lot of bravery for her to check into the game, and it won’t be easy for her to play with the older age group all year, but she’ll reap the benefits of it all later. I know this was just one of many hurdles she’ll have to overcome in basketball, but I’m happy I got to see a little bit of myself in one of my players.