Victory Within a Victory 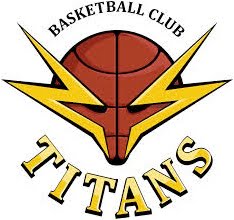 Titans with the Victory! Coaching on the sidelines during a game is almost more nerve-racking than playing. At least when you’re playing you have control over the outcome. But, when you’re a coach you can only tell the players what to do and it is ultimately up to them if they execute it or not. So needless to say, our match last week, which we won by 2 points in overtime was beyond exciting.

While I was thrilled about the win, especially it being the first win of the season, I was more excited about the victories within the win. I know it might sound confusing, but within the W itself, there was a key victory that may go unnoticed to many. We started the game slow, being down about 0-10. However, the girls kept plugging away and managed to cut the lead and keep the gap under 10. In the second half, we managed to grab the lead only to give it right back. We ended up down 7 with 2 minutes to go in the game. The girls easily could’ve just folded in the towel and called it a day. Everyone was exhausted. But, this is where the real victory came…With 2 minutes left the girls continued to fight and never gave up. They picked up the intensity and defense and were determined to win. With 5 seconds left, down 2, it was our ball on the side. Our point guard attacked the rim and hit the inbounder on a backdoor cut for a layup with one second to go. And on to OT we went!  With a few big shots, we pulled it out in extra time. I couldn’t be more proud of the girls’ hard work and fight throughout the whole game. It’s great to see all their hard work in practice pay off. Don’t get me wrong, the WIN was great but it was seeing their determination, heart and execution down the stretch that would make any coach proud! Now, on to the next one…Go Titans!!!