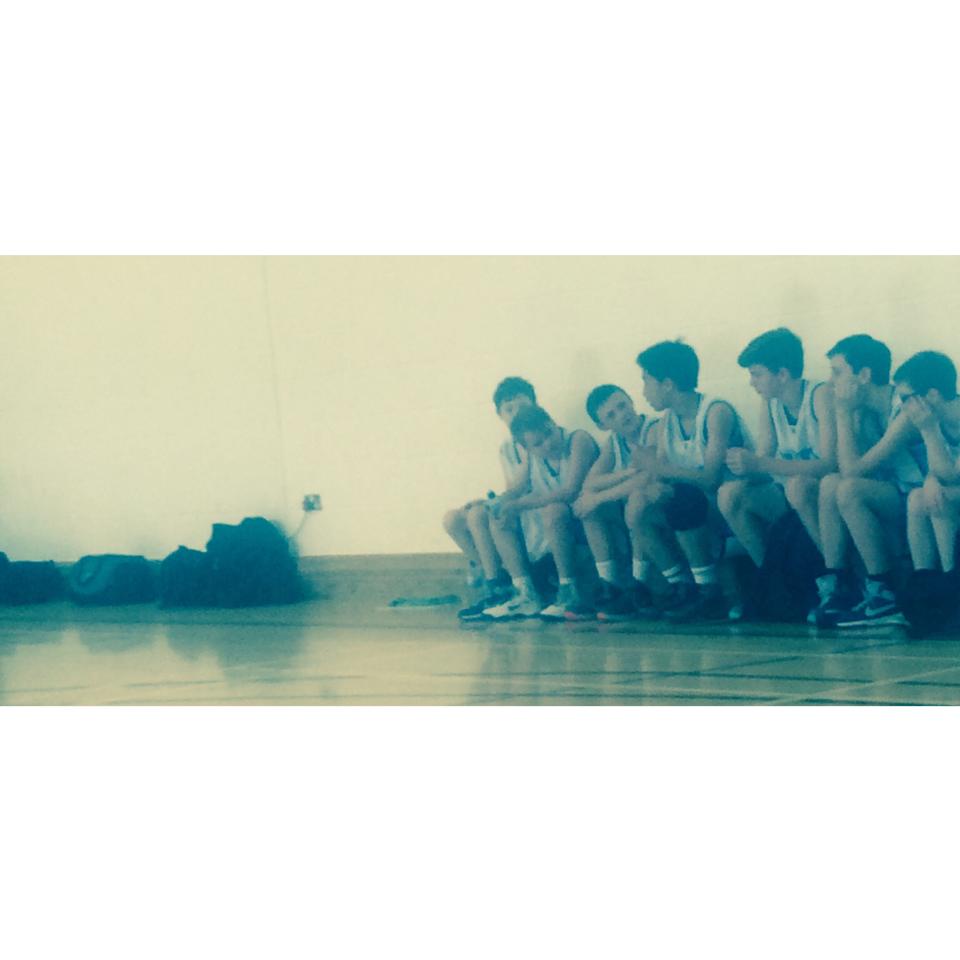 Every Tuesday and Thursday a couple of my fellow victory scholars and I visit Monkstown Community School to coach basketball to their 13-14 year-old boys.  The boys have a lot to work on but they come with great attitudes and as coaches, we can tell they really look up to us. This week, the boys had a scrimmage against a nearby school and they didn’t expect us to be there.

Their gym teacher, Mr. Kennedy, normally steps in as their coach during games and scrimmages, but we’d talked to him and planned to surprise them. We showed up just as the scrimmage began and we could tell a lot of the boys were excited to see us but trying to hide it. We coached them through the scrimmage, making substitutions and talking them through the time-outs.

It was good to see them having so much fun and it was great to see them compete against another team. I was already coming up with things we could work on during our next training session based on things I saw in the game, which was surprising because I never thought I had an interest in coaching before.

A couple of nights ago, Caroline and I had a game at Ulster University vs. Maynooth. Not many people come to watch our games other than a few parents and sometimes the other victory scholars, so I never really feel any pressure. When I looked into the stands this time, however, I saw four of the boys from Monkstown seated at the top corner, ready to watch.

They’d gotten their parents to drop them off just so they could see Caroline and I play. I couldn’t believe they’d taken the time out of their nights to come watch a women’s basketball game since most of them tell us how they only watch the NBA or they spend all their free time on their xbox’s. As soon as I saw them I felt extremely motivated to play my best and we ended up winning the game.

I could hear them cheering the whole time. Of course, Caroline and I had our “moments” during the game… Such as myself getting blocked by the shortest girl on the other team, and the ball going off my head and out of bounds, and then Caroline getting a foul shot stuck in between the rim and the backboard. Needless to say there was a lot of banter at the next training session at Monkstown based on those moments, but it was all in great fun.  The boys told us that more of them are going to come to our game next week.

My experience coaching at Monkstown so far and building relationships with the boys has really made me reflect on my time here so far in Northern Ireland.  Basketball has taken me so far in life, but I never felt like I would enjoy coaching. I remember talking to the other Victory Scholars about it when we arrived here, and I’d found out I was the only one with no coaching experience at all.

When I’m in the gym with the Monkstown boys however, it comes naturally and I love doing it. Most of the time I’m strict with them and I force them to push themselves harder than they want to, but I saw it pay off in their scrimmage.  I can tell they respect me as a coach but we’ve also built such a comfort level that we joke around all the time and I really think of them as my little friends.  It’s taught me that there are a lot of things I think I know about myself, like I’ll never enjoy coaching the way other people do, or I’m not meant to coach… but obviously I was wrong.

Had I stuck with that mindset and SCL had never given me the opportunity to venture outside my comfort zone, I would have never coached the boys at Monkstown. I’m still clueless as to what I’d like to do for a career, but this revelation alone has changed my mindset. Eventually I’ll find something that I’m both good at and passionate about, but I think I’ll only get there if I stop having reservations based on any preconceived notions I have about myself.

It’s safe to say the Monkstown boys have already had more of an effect on me than I’m sure they care to know about, and I can only hope that by the end of my time here I’ve reciprocated that in some way for them.