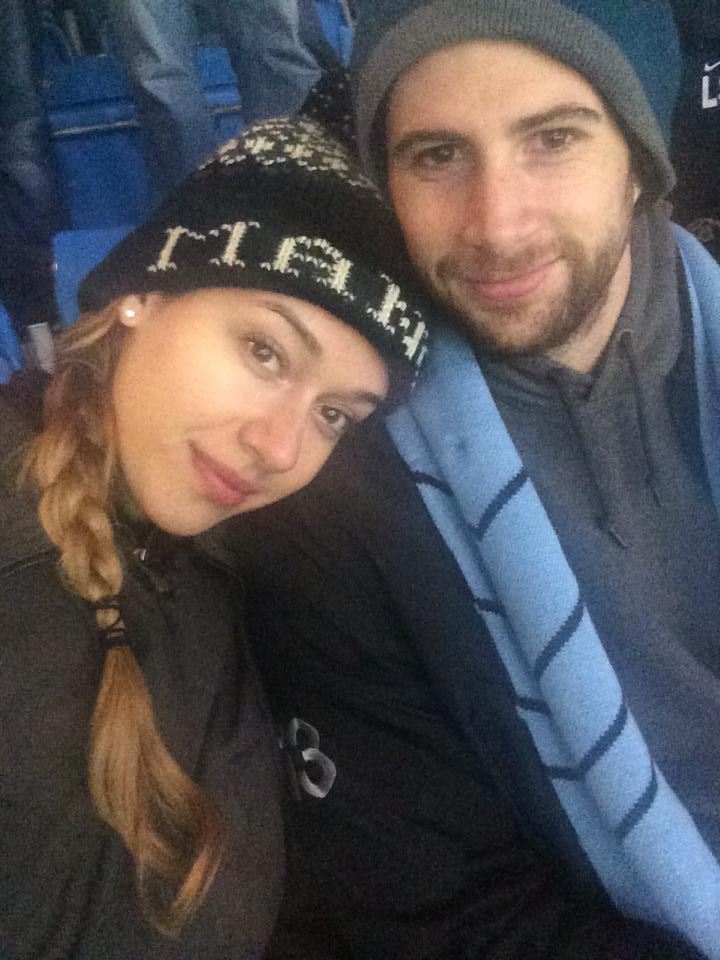 This weekend Ryan and I took the quick flight over to Manchester to see the Man City football team face off against Everton. I’ll never take for granted the convenience of travel that comes with staying in Ireland for a year.. as a “quick trip” to Manchester would never be a phrase I’d use coming out of Philly. We arrived early Saturday morning with the intent to explore the city before the game started at 5:30. From the airport, we played it by ear and jumped on the tram, not sure where or when we would get off. During our commute I googled “things to do in Manchester” and weighed our options. You might be able to say that I’m a procrastinator.

We ended up getting off at a stop that looked particularly crowded and began walking around. The architecture is absolutely stunning in Manchester, as so many of the buildings are older and so rich in detail. Many of the buildings in city centre have that “castle-ish” look, and the streets are just buzzing with people at all times. We came across the town hall, which happened to have a Christmas Market wrapped around it, just like in Belfast. This one, however, was massive in comparison. Some of the beer tents contained second stories, there was a giant blow-up Santa hovering over the entire scene, and the shops extended throughout the surrounding streets with their holiday decorations and lights. I couldn’t believe we’d just stumbled upon it without even trying, but I’m so happy we did. It was uncomfortably crowded though, being that it was a Saturday, and we decided to see what else the city had to offer.

We stopped around the corner at the historic John Rylands Library (#1 attraction in my google search 😉 ) and took our time soaking in the various works of art and projects that are featured within the halls. It seemed so much like a museum, and it was 100% free. The inside had a special charm, largely due to the contrast of new and old, which seemed to be a theme. The library was originally built in the nineteenth century, and then had an addition put on almost 100 years later. As a result, there are parts of the library that take you from a shiny, new, modern looking room directly into a hall of historic stone, moldings, and stained glass. There are hand-written notes from the early 1900s, medieval manuscripts, and other European texts so old that they have to be bound and kept at a certain temperature for preservation. In the newer rooms, however, there are modern photographic exhibits from all over the world, highlighting the troubles of third world countries today.

Later in the day, we checked into the hotel and relaxed a little before heading to the game. We were lucky enough to have midfield seats and we bought some gear from the store so we could better blend into the crowd of supporters. We also did our best to join in all the chants in fake English accents. It worked because City won 1-0 and Ryan’s favorite player, Yaya Toure, scored the PK.

We enjoyed the rest of the night in town before getting to sleep and preparing to fly home Sunday afternoon. While I’ve never had much of a clue exactly what I want to do as a career in life, I’ve always known I want to see as much of the world as I can. This amazing opportunity I’ve gotten through Sport Changes Life has allowed me to immerse myself in a certain culture as well as put me in a position where I can easily make trips to other parts of the world as well, even if it is only briefly. I will miss Manchester City but it’s left its impression on me even if I was only there for a couple of days. My plan is to keep making every moment of my experience this year count, both in Belfast and everywhere else I am lucky enough to go.