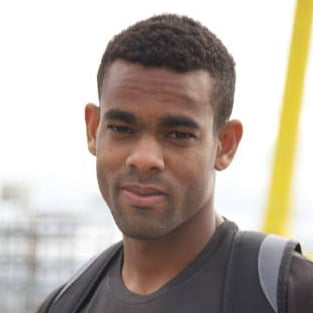 On Monday of this past week, I was privileged enough to have had the chance to run a session at the Mid West School for the Deaf in Limerick. This school supports children who are unable to hear, and some of the students have additional disabilities that impede them from hearing as well, such as down syndrome, etc. To summarize what I gained from this experience in a few paragraphs would be an injustice. This is my first time in about 5 years working with children with disabilities.

I really couldn’t sum up the array of feelings that I felt. Firstly, upon walking into the school, two of the kids ran up to me, hugged me, and proceeded to introduce themselves….easily the warmest welcome I have received in a long time, anywhere. At ease with this amiable welcome, I started learning the kids’ names. What I found fascinating was that although there was an obvious barrier in that I could not speak directly to the kids (the teachers would occasionally translate what I or Barbara were saying via sign language), their levels of interest, curiosity, and engagement with us simply being there were extremely high.

Even when the teachers were not present to translate between the students and myself, there was still a massive connection driven by the positive energy that these kids were giving off. I left that school with the hugest smile on my face, so happy to have been able to soak in joy in its purest form. Through a few warm up games and a bit of football the happiness that emanated throughout those kids helped to remind me that our biggest obstacles to being happy are usually ourselves, our mindsets, our outlooks, and our attitudes. Positive energy really works.

I 100% look forward to working with that bunch of kids again. I can only imagine the difficulties that some of them have to go through. Nevertheless, they find a way to put smiles on their faces and the faces of others. That’s an amazing quality each of us can learn from.

Immediately following this session at Mid West, I had the privilege of speaking to 50 kids at St. Michael’s about racism and inclusion in sports for FARE (Football Against Racism in Europe). The kids were super receptive, and seemed really interested in what we were talking about. In an Irish demographic that is increasingly diverse, I feel that having this discussion based in sports with young people can have a massive effect on young people having negative experiences in school or their communities as a result of bullying or negative social behaviors.

I’ve got to say, I am really proud of how engaged the kids get into these discussions. It really makes me feel like the stuff we talk about will seriously help kids going through tough times socially, whether it is bullying or exclusion of any type as a result of being different. Reminds me of the anti-bullying campaign University of Dayton SAAC did for the Atlantic-10 Conference. It’s encouraging to know that changes are being made all over, whether in Dayton or Limerick. People are listening, so go spread positivity.