The “cup” and “Kris Kindle” 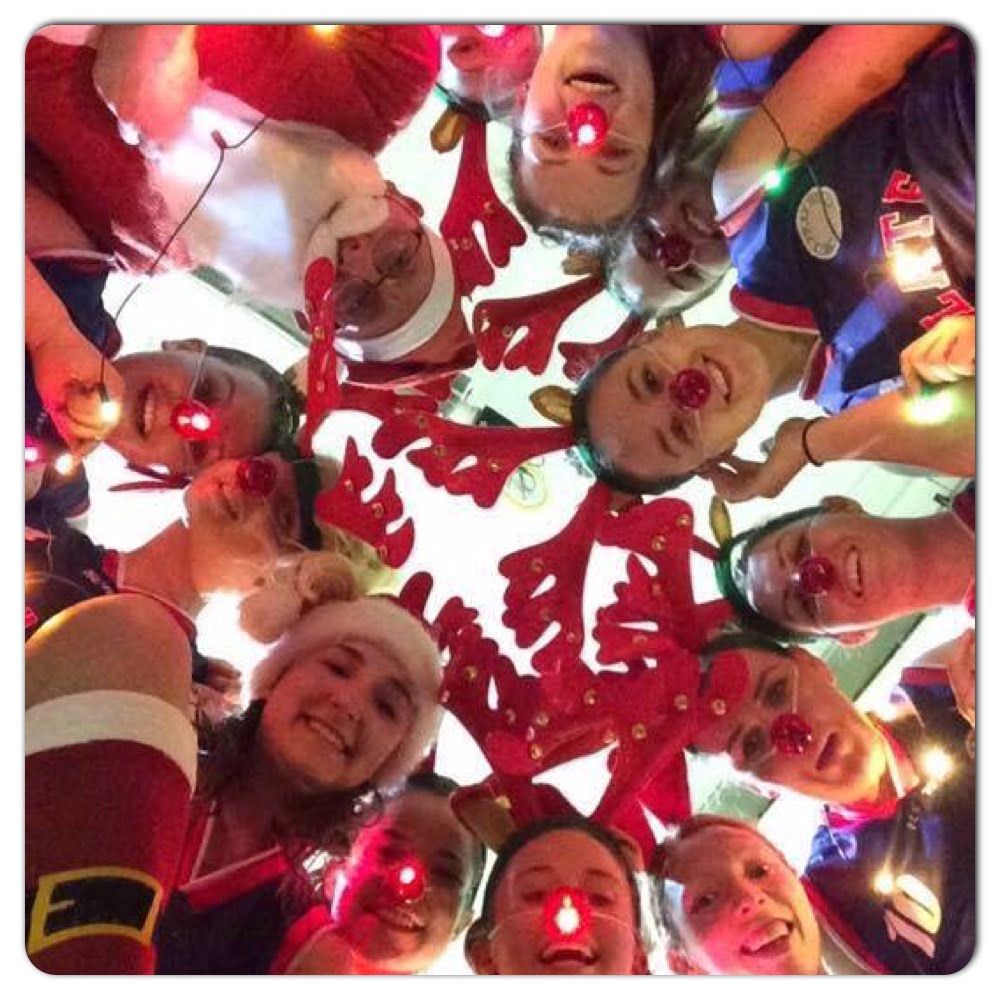 My team, the Oblate Dynamos have officially made it the Cup Semi – Finals!  The Cup is considered the Championship of the league and we have made it to the semi-finals, which will be played in early January. This is a huge deal for us and taking the steps to reach this goal are important right now! (I can’t promise I won’t be eating every single Christmas cookie I lay my eyes on though…)

After our game on Saturday we exchanged gifts through “Kris Kindle”, or as I know it, “Secret Santa”. I was given an awesome Irish mug as well as other girly goodies. Our head coach, Terry came through the locker room door with a huge Santa bag for all of us!! He was passing out boxes of candy and other sweets and I was given the sacred snowballs that everyone “fancied”. They are a magical blend of creamy and thicker marshmallow middle covered in coconut and chocolate. As of right now they are in my suitcase (only missing 3!) to share with my mom and sister because they love coconut and I would feel guilty and probably sick if I ate them all myself.

Terry also gave each of us a specially made Christmas Tree ornament with all of our names, and “Go Dynamos!” on it. I couldn’t help but get a little emotional! – it was so special and I will have it forever to remember this team, the experience and year spent with these girls. Respect, love, a push to reach our goals and doing it as a whole is something that my team values, and they have taught me just that.