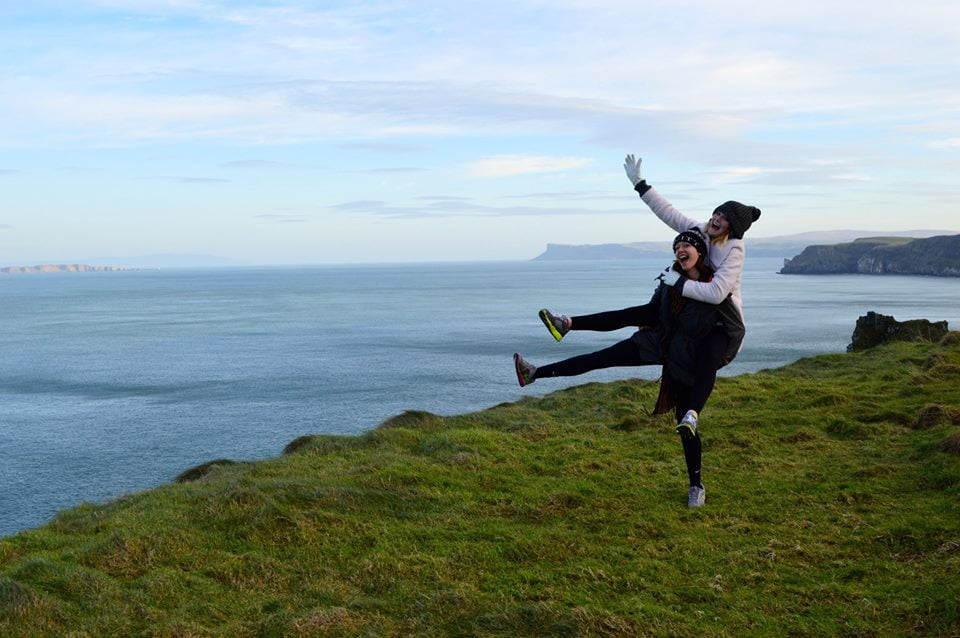 The holidays this year were definitely some that I’ll remember forever. Ryan and I stayed at the Maguire’s on Christmas Eve with fellow victory scholar, Ryan Ansel and past scholar, Caroline Stewart. It was a full house, and we spent the night eating good food and sitting around the fire. I never thought I could be so far from home on such a family-oriented holiday and not be upset about it.

The Maguire’s have a way of making you feel right at home when you’re in their house and it definitely makes it easier not to think about how many miles are separating you from your real family! On Christmas morning, we all gathered on the stairs for a selfie, (conducted by Gareth) before the gift-opening began. It was pretty interesting… out of everyone in the house I think Gareth was the most excited. We were also celebrating Pippen’s birthday, who is their family dog.

Later in the day we had a huge Christmas dinner, and we all ended up spending the night there again! I know I’ve said it before, but I really can’t be any more grateful towards that family for everything they’ve done for me, including granting me this scholarship!

After the Christmas food coma wore off, I got ready to welcome another one of my best friends from home, Barb. She was my first roommate in college and Ryan and I have been great friends with her for over five years now. While she was here, we did a bus tour of Belfast, went to the Titanic Museum, crossed the Carrick-a-Rede rope bridge, climbed Cave Hill, visited Giant’s Causeway, and celebrated New Years out in the city.

She was here for a week, but it only felt like a couple of days. It was awesome to be able to introduce her to so many of the friends that I’ve made here, and show her what I’ve been doing for a few months now.

It’s been a couple of weeks since she’s left and I’m only now going through all the pictures we took during her visit! I’ve decided that it’s going to be absolutely necessary to make a scrapbook of my time here in Ireland once it’s come to an end, (which I’m sure is going to creep up on me faster than I think.) But until then, it will just be another incentive to make every day of this year count and be sure that I’m not letting any of it pass me by.