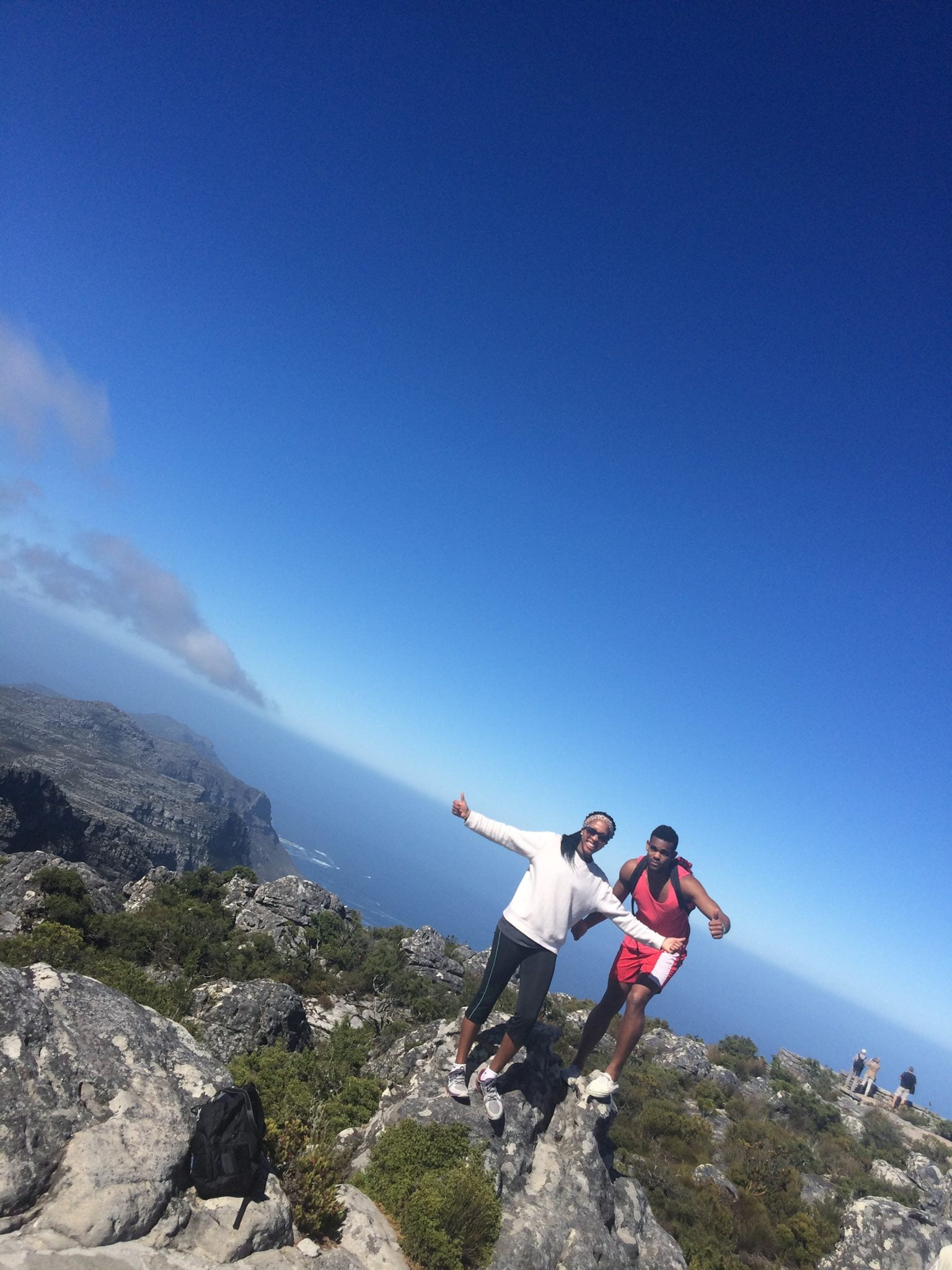 Having the opportunity to see many amazing things: Go on a safari, visit one of the popular wineries, tour the Cape of Good Hope and see African penguins, go shark cage diving, venture to the top of Table Mountain and even go paragliding! However, the part of the trip that was really life changing for me was learning more about the South African political, social, and economic conditions, as well as meeting many different people within the city.

During the first week, we were able to travel to Robben Island and tour the prison where Nelson Mandela was held for 27 years. Just being there in that moment and trying to imagine if I could have the personal strength to survive for that long was eye opening and life changing. We were also able to walk through the Township areas of Langa and Khayelitsha outside of the city and speak with many of the underprivileged community that was most directly affected by apartheid and the racial segregation that just recently ended in the 1990s.

While staying at the hostel in the second week, we were able to immerse ourselves more into the local scene and meet other people on their own journeys: Meeting Gerry from Belfast (ironically), who returns every year to teach soccer and give back to a Zulu village. Meeting Richard, a volunteer at the hostel, who speaks 8 languages and has the most national pride for his country of Angola. Meeting David from Namibia who, as soon as I said I was from North Carolina, proceeded to help me analyze the songs and lyrics from the latest J. Cole album (who is also from North Carolina). Meeting Illse and Hilke who run a local non-profit organization designed to help the homeless and underprivileged community with job training and life skills.

While in the Township of Langa, Jonathan and I both wore our Sport Changes Life shirts, and had the chance to play and interact with some of the children. I met a little ten-year-old girl that day, and the smile on her face will always stay with me. I began talking to her outside after I noticed her looking at our t-shirts, and she finally asked why we were matching! She began to tell me about how she loves to play netball in school – and I offered her to keep my Sport Changes Life wristband. Her eyes lit up, and as we began to walk to the next section of the community, she casually walked side by side with me, holding my hand. That moment was one of the highlights of my trip. It’s safe to say that Cape Town was one of the most beautiful and enlightening places I’ve had the opportunity to visit – and it’s all thanks to Sport Changes Life!

Here’s to another semester filled with great experiences in Ireland!