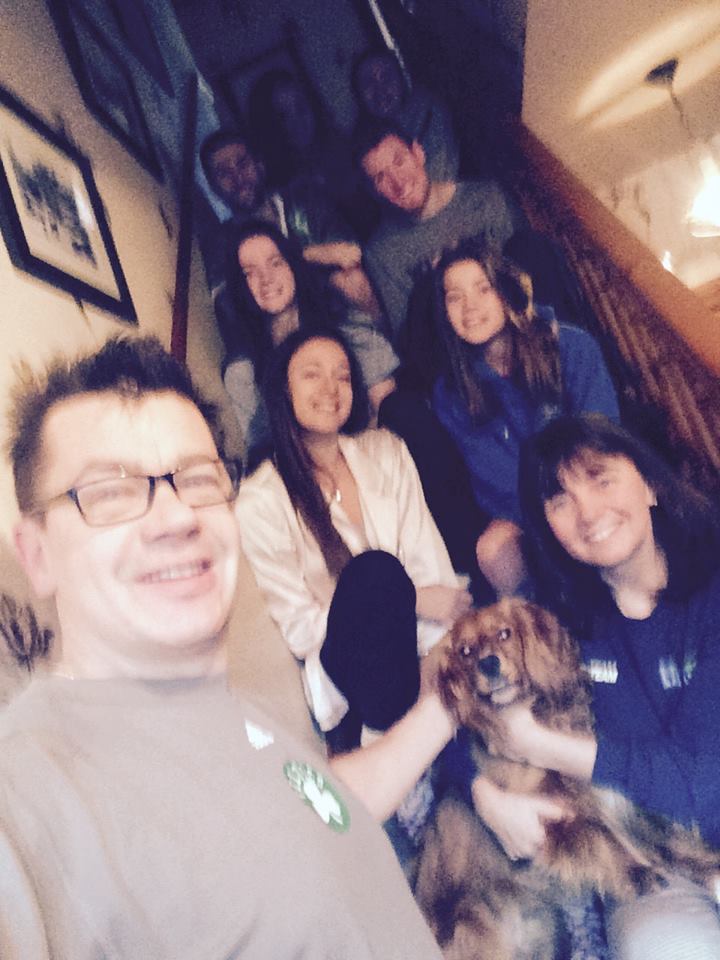 During my time at Davidson, I would get to be home for Christmas, even though it was usually only for a few days. This was my first Christmas away from home, as I chose to stay in Northern Ireland for the holiday. Although I spent Christmas thousands of miles away from home, I was able to feel at home at the Maguire’s house.

As Elvis Presley once said, “Home is where the heart is.” And I have loved every minute I have had on this side of the Atlantic. From day one I have felt like an extension of the Maguire family. Deirdre and Gareth are my Irish parents. Erin, Enya and Anna are my Irish sisters and the closest thing I will ever have to a sister, given that I grew up as the middle of three boys.

Immediately when Anna heard I was going to be at Jordanstown, she told me I had to sleep over the day before Christmas. She figured out all the logistics and told me that I was spending Christmas at the Maguire house.

On Christmas Eve, we all relaxed in pajamas by the fire, had a delicious feast, and made a ginger bread house before indulging in a large variety of desserts. And Christmas day started with all the kids, and yes at 23 I still considered myself a child on this day, filed down the stairs in age order as Gareth took a video. I never thought I could feel at home while being so far from home, but the Maguire family made it possible and did so with ease!