The trip that had to end 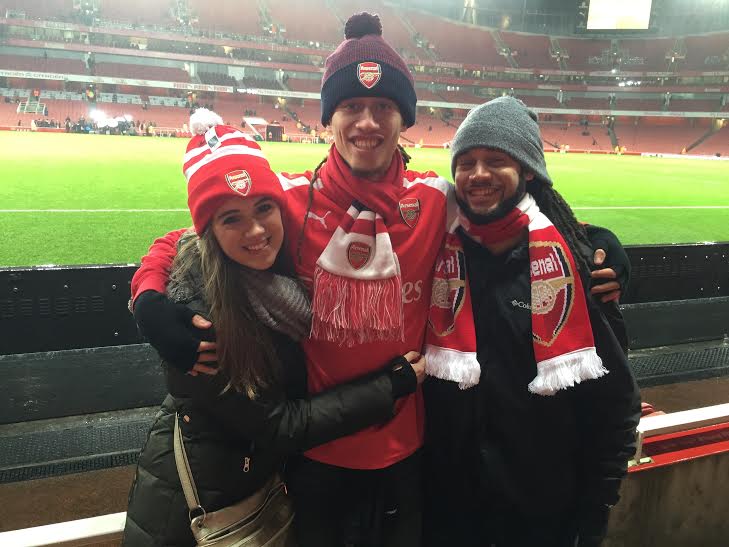 Crazy to think that after travelling Europe I would be counting down the days to get back to Belfast. With my brother, Darren, and girlfriend, Brittany, over for the holidays we set on a 14 day trip that covered 5 flights and stops in the cities of Berlin, Paris, and London. The trip was life changing and it was amazing to think I was actually in the places we visited. However, as fun as it was the thought of coming back was beautiful.

Walking around Paris for 2 hours with a 22kg suitcase in the soaking rain was comedy for the first half hour. Not being able to understand any German residents was confusing in its own right. Let me just say if you ever travel to Germany and order a ‘peperoni’ pizza be sure that it doesn’t have just one p. You will be surprised with a pizza full of green peppers (which I hate)! London was a welcoming site, it was like being in America while not in America but having people with much cooler accents. I got to taste Dunkin Donuts, Krispy Kreme, and Chipotle for the first time in 5 months. However, that didn’t come without walking over the London Bridge and losing 50 pounds to a magician, oops! This comes without mentioning waking up at 4am and taking hour long cab rides to get to airports.

What a trip! Don’t get me wrong the trip was amazing while visiting all these huge cities and getting to see my favorite football club, Arsenal, in person on Boxing Day. With all these huge moments and big events my favorite part of all may have been the most smallest and uneventful event of all, except for me and the wee kid I met. While sitting in the airport waiting to board for our flight from Paris to Germany I noticed a young boy itching for his dad to give him 1 euro to ride a toy car. Unfortunately his father didn’t have nothing less than a 2 euro coin so they were left there to imagine how it would and make the noise of a car (it made a beeping sound about every 5 minutes). As my flight was about to board I decided to go get change and give the young boy a euro. The excitement he had during that 2 minute ride was more than worth that 1 euro. As he and his family walked away to board their plane his father looked back and even though he didn’t say or motion anything we both knew that made the world of difference for his son.

I still pinch myself from time to time thinking that it was all a dream. All these big cities and so many small and big memories. It was the trip of a lifetime and it was life changing. Getting back to Belfast and getting on a ‘normal’ schedule while changing lives through sport isn’t a so bad to look forward to neither.