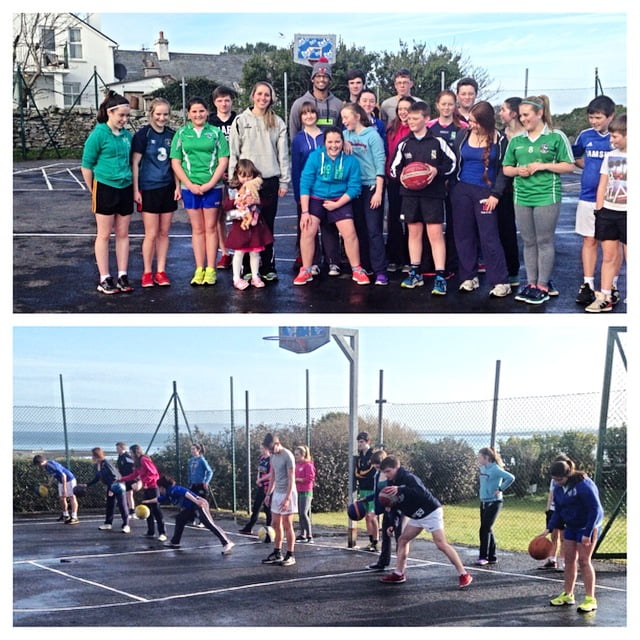 As most people know, last Sunday was Super Bowl Sunday, which would normally consist of my family, friends, and I hanging out, eating lots of food, and watching the game. However, this year things were a little different.

Darryl and I got the opportunity to go coach a group of secondary school kids on the Aran Islands. The Aran Islands are 3 little islands off of Galway. The island we were on was Inis Mór, which was the largest of the three islands. Even though it was the largest it was only 12 x 3 km, which still is really small, but it was such an amazing place to visit. Going into it, I wasn’t completely sure what to expect, especially since most of the kids had never played basketball before.

Honestly, I was preparing to work on the basics with them and just introduce the game to them. Once we were there though, they really surprised me at how much skill they had. Truthfully, I think they even surprised themselves at times at how much they could do. We would start basic, but then they got it no problem, so we continued to challenge them and do more advanced skills. At one point, we had them try doing between the leg crossovers and every one of them was saying things like, “I can’t do that, it’s so hard.” Needless to say, after everyone tried it for a few minutes they started to pick up on it and got better.

It was really great seeing a group of teenagers who are brand new to the sport, pick it up so fast and go past what they thought was their limit.  These kids were such a joy to work with. Watching them smiling, laughing, and having fun while still getting better is the greatest joy for any coach!