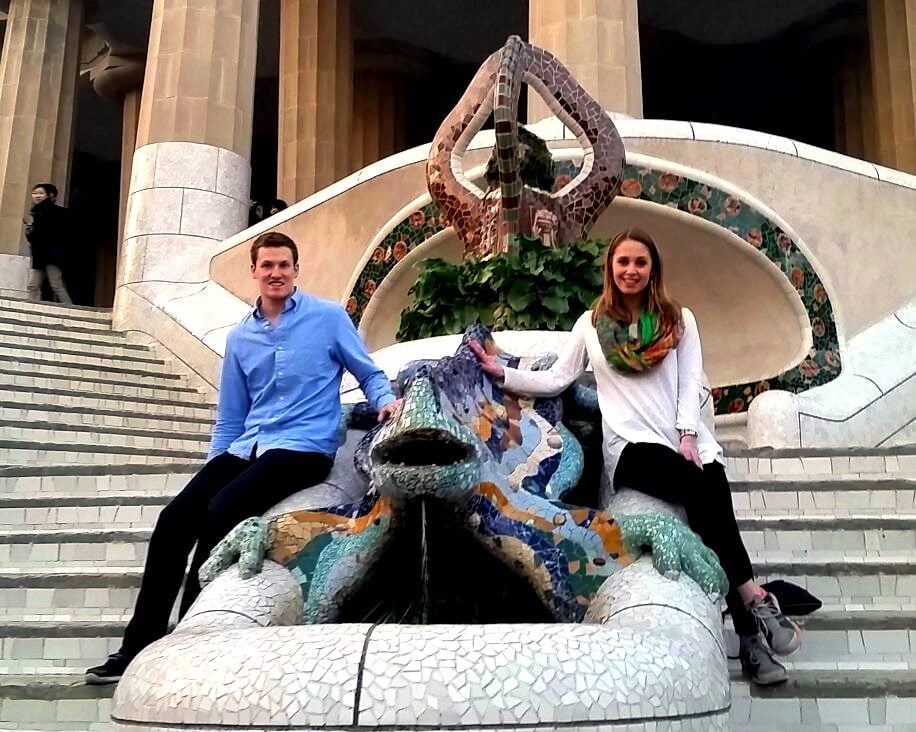 The sun was shining and the streets filled with throngs of people. I was excited to be in Barcelona, a city where Kara could use her Spanish skills and I was more likely to find English speakers. Kara and I wandered for a while before we finally found our hostel, which was located on Carrer Sant Pere Mes Alt. We had not realized that three parallel streets all began with Carrer Sant Pere Mes , with only the word at the end differentiating the three.

Our hostel was well located in the heart of Barcelona, and once we got a map and some tips from our host, we began exploring the city. Given that we were starving, we went in search of a local tapas bar (small finger food type of appetizers) that our host suggested. The innumerable narrow streets almost got us lost. There was a line to get inside what appeared to be a mix between a small butchers shop and a bar, but it proved to be an excellent and unique experience both from the culinary and cultural perspective.

We took advantage of a free city walking tour to learn about the history of Barcelona, which was quite fascinating. In addition, I finally found out what the countless flags hanging from people’s apartments represented. They represented the independence movement for Barcelona and other Catalonia countries that wish to break off from Spain as an independent nation.

In our four days in Barcelona, we got to see a lot and all by foot, as I insisted we get exercise since there was no time for workouts. One day, the pedometer revealed we had walked 38,325 steps, covering almost 18.5 miles. This was even more than our average of about 15 miles. It led to some soreness, especially for poor Kara, but we were able to visit everything from Park Güell to the Picasso Museum to the Sagrada Familia, and saw most everything in between.