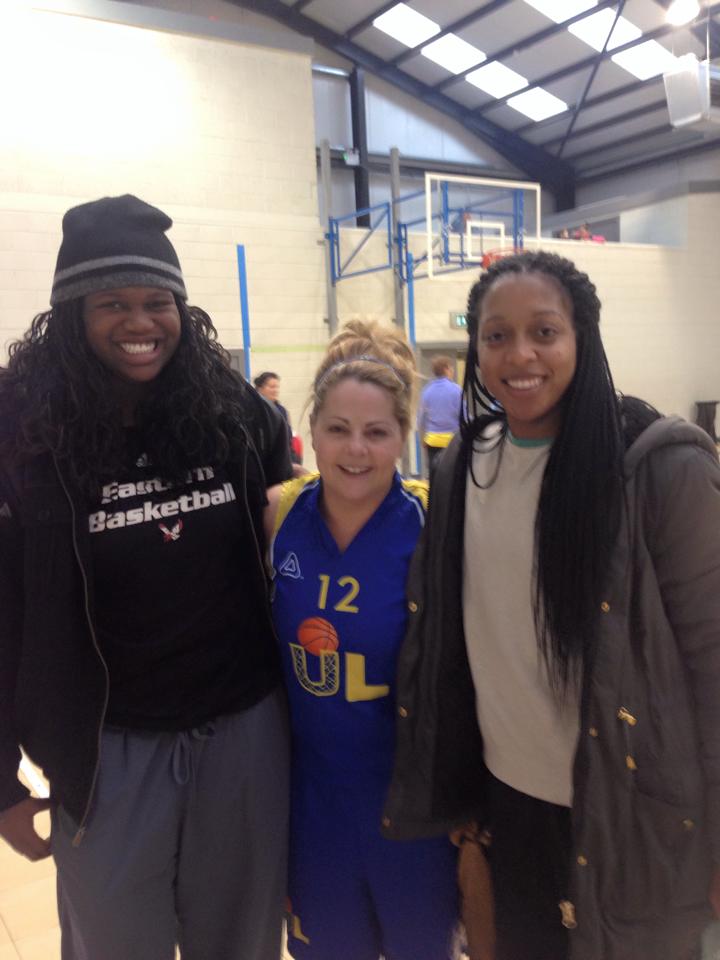 With our first weekend off from Superleage matches, I took the opportunity to venture outside of Limerick and accompany Laura (my fellow American teammate) and Sarah (our second mom) to Sarah’s Master’s tournament in Tralee. For those who don’t know, the Master’s Tournament Tour is for basketball players aged 40 and up from around all of Ireland. Most of the players are the best from the SuperLeague, Premier League, and Irish International teams, and I felt honored to meet such a huge part of the Irish basketball history.

Ironically, Sarah is also a Basketball Ireland referee, and a lot of the former players are also current referees – many have been referees for our own SuperLeague games! Even though it’s a little late in the season now, I found myself chopping it up with many of the refs that I had met in another context (and perhaps even disagreed with on a couple occassions).

At first, the team designated us as their ‘coaches’ for the weekend – but to be honest, they really didn’t need our help! We instead became the cheerleaders for the Munster Mix and cheered them on their way to the tournament 1st place victory.

Seeing the comraderie and friendships in the Irish basketball community, hearing so many stories, and even the current viewpoints on the sport today, was a great experience and opportunity to learn more about basketball in Ireland. In fact, many of the women playing in the tournament could have still played in the SuperLeague today!

The team brought us into the fold from the beginning and I’m glad I took the opportunity to explore more outside of Limerick – as the drive to Tralee (County Kerry) was absolutely amazing! Passing through Adare Village and seeing the Macgillycuddy’s Reeks Mountain range were just some of the highlights from the scenic drive. Stay tuned for more adventures!