Livin’ on the Edge 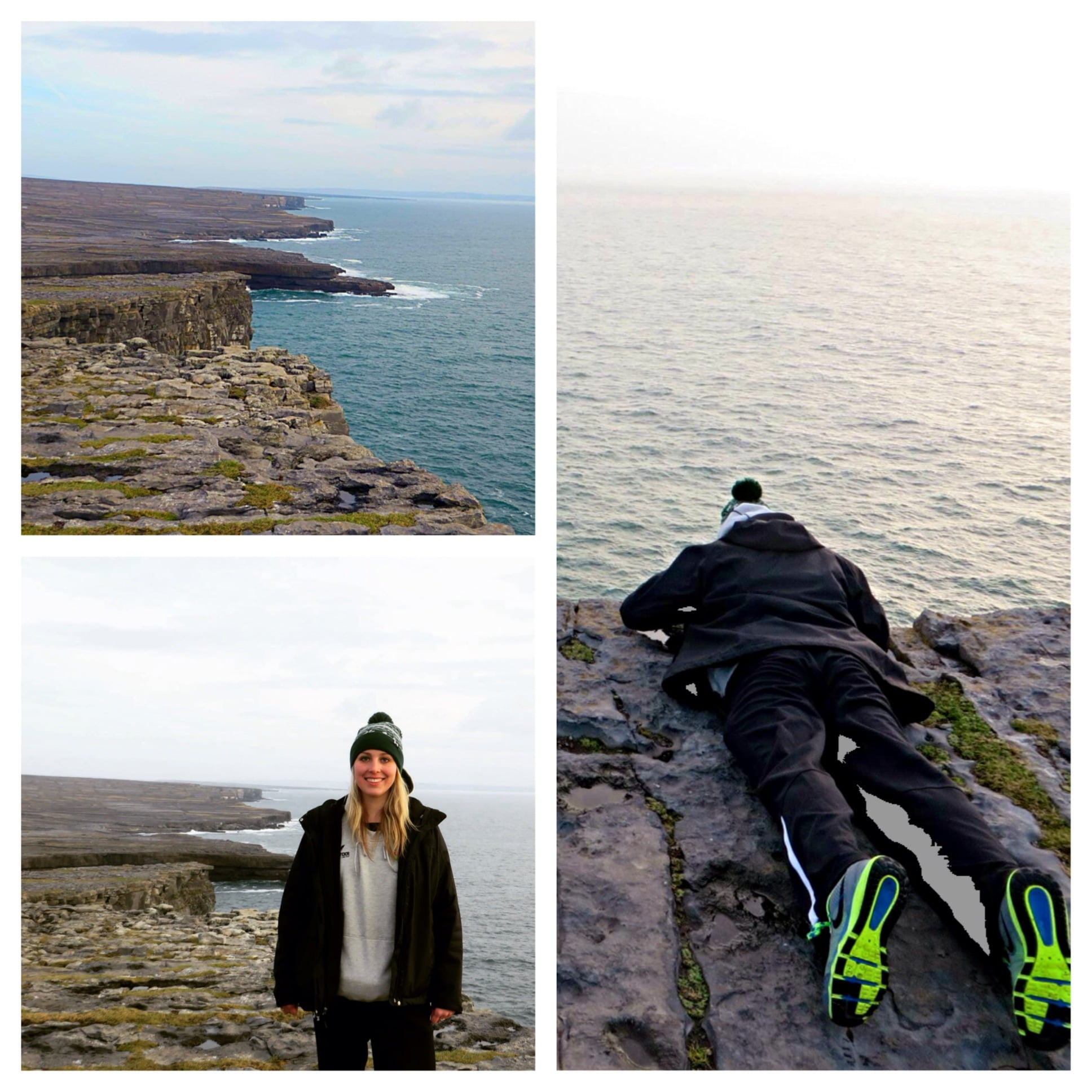 Last Sunday when Darryl and I spent the day on Inis Mór, we were extremely lucky to have Fiona, one of the teachers on the island, looking out for us throughout our time on the island. After coaching, she took us around the island so we could do some sightseeing and get a taste of what the island is like.

We walked up to Dún Aonghasa (Dun Aengus), which is a famous fort believed to date back to the Iron Age. There are four forts on Inis Mór, with Dún Aengus being the most preserved. Obviously, the entire fort does not exist anymore, but a large portion of the walls still remains intact. It was awesome seeing these stonewalls which were used as defenses back in the day.

The walls are just huge stones strategically placed on top of another to create the wall. It’s crazy to believe they have maintained throughout the years.  Once we made it top of the fort, we had the most spectacular view of the entire island…it was incredible! The fort was on the edge of an 81-meter cliff. I was actually quite surprised that there was no wall or barrier on the edge…you walk to the very edge of the cliff.

While I didn’t stand on the edge, I laid down and scooted myself to the edge. Even laying down was frightening though! We were very fortunate to have such nice weather. We were lucky it didn’t rain and remained clear and sunny, allowing us to get the best view possible. It was truly an unforgettable day at Inis Mór! I am so blessed to have had this opportunity! Until next time…Aran Islands 🙂