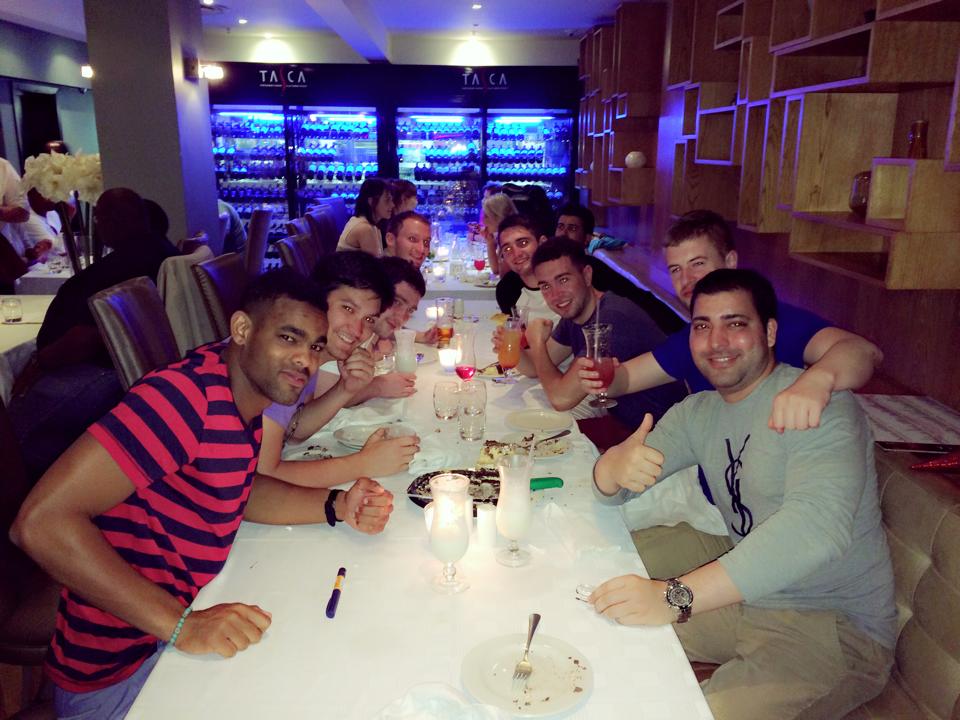 A week before the Super Bowl, I realized that it was only a week before the Super Bowl! Due to a lack of access to games, my already indifferent attitude towards American football in general, and the time difference, I don’t think I’ve caught even one game so far this season. However, I felt inclined to watch the Super Bowl at the very least. Maybe it is habit, or maybe I felt like I needed to uphold my American duty abroad. Still, I was set on watching this game no matter what, and doing it with a group of people consuming copious amounts of snack foods.

So I call up a mate in my class, Tim, and I suggest we do something for the Super Bowl. He gives the okay and says he is going to invite some of the lads from class over. He picks me up, we get microwave pizzas and an excess of ‘crisps’ at the shop and head to his house. There I met a couple of my Irish classmates and some of their rugby friends. Aside from one other American, it was a very Irish Super Bowl event, quite a different atmosphere from what I am used to on the evening of the Super Bowl. We stayed up until 3:30 watching, and I enjoyed it as much as any other Super Bowl occasion I’ve been a part of. Katy Perry’s dancing sharks, palm trees, and beach balls were the clear winner of the night in my eyes.

Although there was tons of interest in the match, no one in the room (including the Americans) was a football expert, American football that is. Furthermore, no one really had a team in this contest, so it was a super relaxed atmosphere. It was when I realized this that I also realized how grateful I am for the opportunity to make new friends and be comfortable around people that I’ve known only for a few short months.

I remember my first few months here, and as amazing as they were, it was tough being on your own without the usual contact and support of friends and family. That learning curve and growth period helped me to understand how to function on my own, without constant dependence on my normal social network. Nevertheless, I have to say that it is a beautiful thing to realize a new comfort zone in a new place.

It’s a really good feeling to know you have a group of people that you can just sit back and kick it with. A lot of these guys were those that I spent two weeks in South Africa with, so I suppose we are just continuing the journey back in Ireland. The international bro affair is just getting started, and I hope I can keep up with these friends and more as I move forth in my journey. All of my boys, whether from class, soccer, or other domains have helped me a lot through my time here, and the adventure would be nothing without them. Gotta love it.