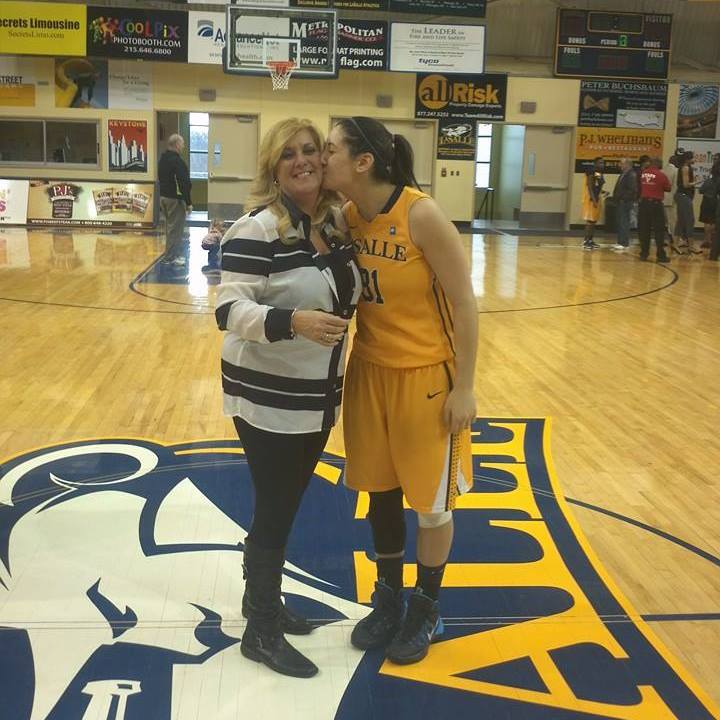 It’s crazy to think back to when I first started playing basketball at just the age of ten. But, basketball was not my first chosen sport. Believe it or not the first team that I was ever apart of was my local neighborhood Torressdale Cheerleading Squad. My mother signed me up when I was 8 years old and I continued to cheer until I was 10.

Everyday after I was done my cheerleading practice, the girls’ club basketball team would have practice. One day while I was waiting for my mother to come pick me up, I decided to shoot around in the gym. The basketball coach approached me several times and asked if I had any interest in playing since I was probably the tallest girl in the area at that age and could shoot the ball.

After me bothering my mother numerous times saying “that man (I never knew his name until later) keeps asking me to play basketball”…to make a long story short, my mother finally approached that man, named Mr. Matthews to leave me alone about playing basketball. But, somehow Mr. Matthews persuaded my mother into letting me play.

I continued to play for him throughout grade school, club league and travel basketball for Northeast Rockers AAU team. He was the one who taught me the basics of basketball and what it is like to be part of a team. He has taught everything that I know now about basketball, but most importantly he has always been a huge supporter of me. I have some amazing and unforgettable memories of all the traveling for Northeast Rockers and championships that I have won as him as my coach.

I also give a lot of credit to my mother for the endless road trips to all of my games and always being on the sideline yelling, whistling and screaming my name. Everyone knew when I did something great on the court, but also knew when I did something wrong. LOL She is by far the biggest supporter I have when it comes to me playing basketball or any other sports that I decided to play and by far my biggest fan.

Have to say I have missed her not being able to see my games over here, the games have been a little quieter.  So thank you to both Mr. Matthews and my mother Roxanne for helping me get to where I am today!