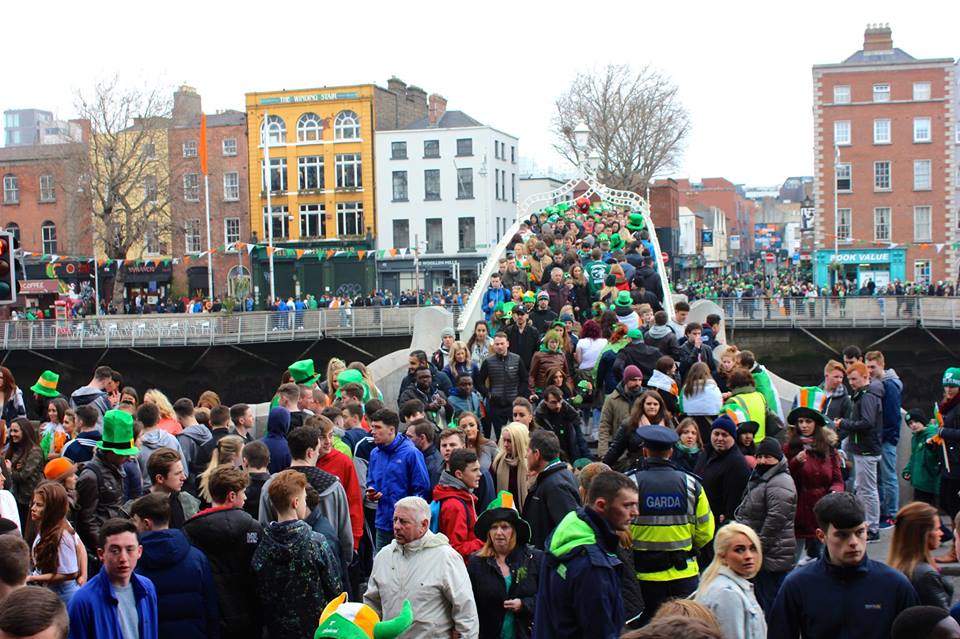 After my SuperLeague match in Dublin against Christine’s team on Saturday night, I had a chance to hang out with Christine and her family for dinner. While St. Paddy’s wasn’t until Tuesday, we also had team trials for the College Select Team in Dublin on that Sunday – hence me staying in Dublin for so long!

The pace of Dublin’s city center was substantially faster with the amount of tourists in town for the holiday (me included), and I marveled at the amount of languages I heard while walking along the street.

span>On St. Paddy’s Day, we were in the thick of the parade and had the chance to witness one of the biggest celebrations I had ever seen. We also had a mini Scholar reunion as half of the group was able to make the trip to Dublin – and it was the first time some of us had seen each other since Thanksgiving!

In NC at least, we typically celebrate Paddy’s Day on the Saturday before since it isn’t formaly recognized as a national holiday. It was an experience of a lifetime to be in Dublin for Paddy’s Day and to just witness the amount of national pride both from Irish and tourists alike. I also had the chance to learn more about the holiday: St. Patrick is one of the most well-known saints and apostles of Ireland, and is credited with bringing Christianity to the country. As tradition has it, he also “banished the snakes” out of Ireland – as there are no snake species living on the island!

Almost every city here had their own celebration for Paddy’s Day, complete with parades and festivals. In the Dublin parade, I also noticed several high school bands and college bands from the U.S. – imagine having the opportunity to travel to Ireland to play in the Dublin St. Paddy’s parade?!

Also – I have to give photocredit to Katie Ganser for this awesome picture on the day of the parade!