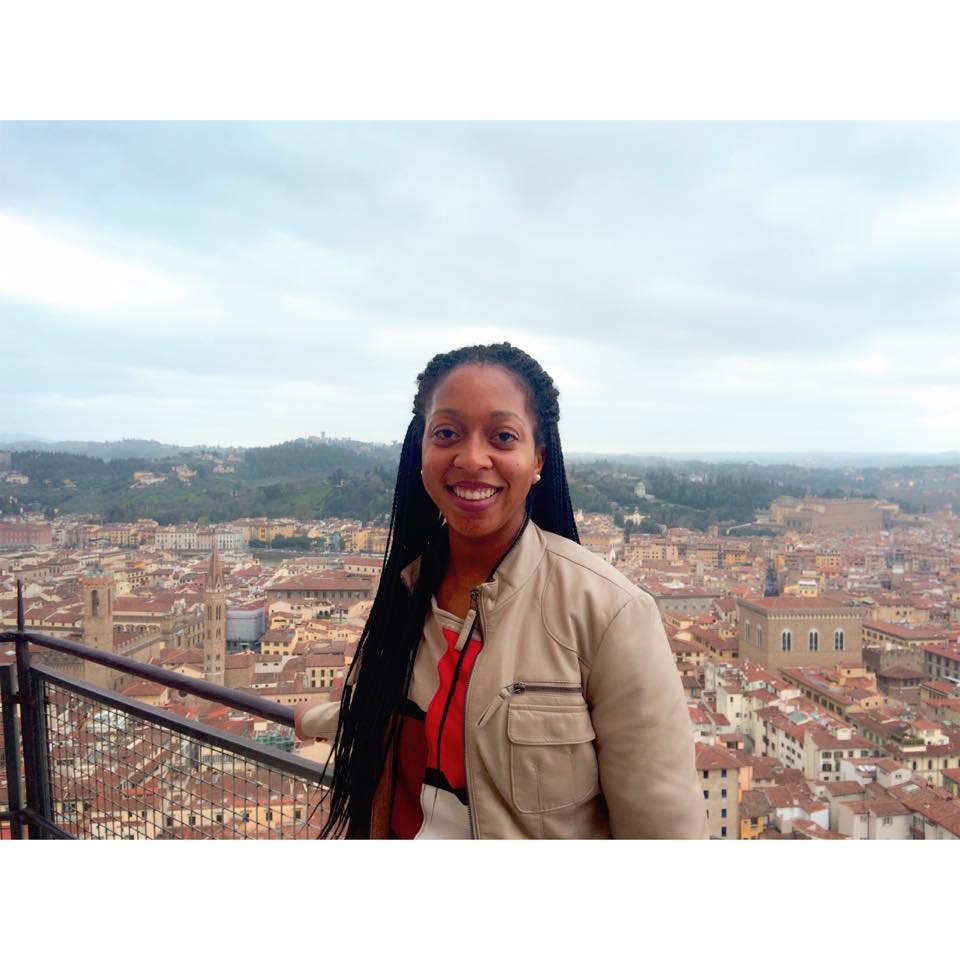 I flew directly into Pisa, Italy, and took the ground running as I taxied over to see the Leaning Tower and take my classic touristy pictures. The first thing I noticed when I got off of the plane was the HEAT! I felt a sigh of relief with the change in weather and couldn’t wait to soak in the sun the rest of the week.

Next stop was Florence, as I met up with my family friend and took a quick tour around the beautiful city. I should also mention that I had planned to stay with family friends the entire week, from city to city. Florence was the perfect speed for me, as the local architecture, museums, and restaurants were readily available without the long lines I had been expecting. My favorite part of Florence had to be the famous Ponte Vecchio bridge, as it became the perfect background for many of my pictures 🙂

My week continued as I took day trips to Rome and Venice, which couldn’t be more different. Rome was a large and bustling city with tourists everywhere – and plenty of places to see! After touring the Colosseum, the Pantheon, Trevi Fountain, Roman Forum, and the Vatican, I was exhausted! Meanwhile, Venice was the exact opposite, as the Grand Canal provided a sense of peace as soon as I stepped off of the train. The main transportation in Venice is by boat – so it’s virtually impossible to be in a rush in this city. It gave the perfect offset to the hustle and bustle of Rome, and earned a spot on my future honeymoon location list 🙂

The week continued with stops in London and Durham (northern England), as I continued to visit friends – and make more friends on the way. London was amazing as I received a taxi tour of the city from another family friend – and got to see Changing of the Guard at Buckingham Palace, as well as Tower Bridge and Big Ben! Meanwhile, Durham reminded me of a scene from Harry Potter at every turn. My friend Bryan goes to Durham University, and was the perfect host for the weekend.

This solo trip taught me how important and how small the world can really be. Once I realized how many family friends were located in the area, it became even easier for me to just go and explore. This was my first time traveling on my own, and it increased my sense of independence even more. It gave me more confidence, while at the same time making me more comfortable in simply being by myself at times. Taking the time to unplug and really interact with strangers is an art that we seemed to have lost – and I aim to get that back