Moving to the Emerald Isle? Just a wee bit of Advice 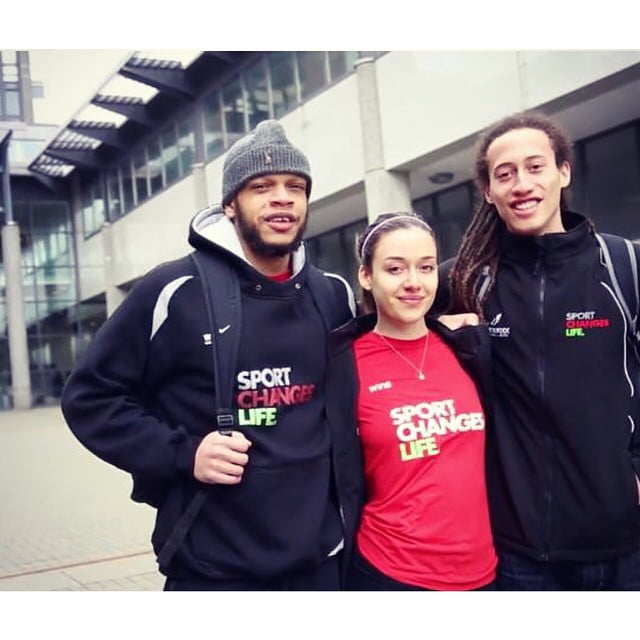 It is now the end of May and I’m just coming to the realization that my days here in Ireland are numbered! Final exams are over, everyone’s moving off campus, and the weather is now warm and sunny… just kidding. But in all seriousness, I cannot believe how quickly the time has gone by. I finally bought my flight home yesterday and started packing my room up, as Caroline and I have one final trip coming up in June to Europe, and then it will be time to go. Many of the scholars from down south have already flown home and in Belfast I am hearing talks about the scholars for next year being chosen and the plans for them to move over in only a few short months. With that in mind, I’ve created a little guide for the next class of #Victory.

Take it from me, I did. No matter where you are placed on this lovely green island, you will be wet and chilly. (Most of the time.) If I had been realistic enough to embrace that fact, (as I was warned) in the beginning of the year, I would have saved myself a lot of extra baggage weight and my room would have been much less cluttered. Of course, it’s not a bad idea to maybe pack a few of your favorite warmer options in case you travel somewhere where it will make sense, but you won’t need much of it here.

You’re from America but you are half Irish, 20% Italian, 15% Yugoslavian, 3.5% German, you have a few drops of Native American, and like, your pinky finger is Ukrainian. When abroad, you are simply American. Unless you or your parents were genuinely born or raised in another country, if you claim to be of that nationality here they will make fun of you, (in a friendly way). I didn’t realize until I came here that people abroad have noticed this to be an “American thing to do”, and they will ask you what your nationality is just to have a bit of craic. For example, if you say you’re Irish you better have the county you came from ready and be able to name a few people or places you know from there. Granted, our country is extremely young compared to many others and a lot of Americans do, understandably, still identify with their ethnic backgrounds and cultures, even if they were born and raised in the states. Apparently, people from outside the U.S. don’t sympathize with this, and would rather have a bit of banter instead.

3. Befriend a cab driver and get his number

Have you ever found yourself stranded in the city on a rainy night outside of a late-night chippy at 3AM? Well I have. Every Thursday night. It was tough for my roommates and I to learn that cabs are not hailed in this country, but booked ahead of time. There are several taxi companies that operate in Belfast (but not enough) because if you go for a night out with your teammates without booking a cab ahead of time, you might as well pack an umbrella and give up on getting home anytime before 3:30. You can call, and they will say, “Sorry we are fully booked, call back in half an hour.”  You will call back in half an hour and they will say, “Sorry we’re fully booked try again tomorrow.” If you’re Caroline Murphy, you might become black-listed, and in that case, they won’t ever send you cabs or even answer your calls. Good going Caroline. Your best bet is to pull a Ryan Ansel and befriend a cab driver, get his personal number, and contact him each time you go out.

An obvious travel tip. Keeping a journal doesn’t have to mean pressuring yourself to write in it every day or getting all emotional with every entry. I brought a journal and most of the time, I will just write about the events of the day, without any judgment, reaction, or feelings. In the back of the journal I started writing down all the unique words and phrases they use here that I had never heard before. It’s a way of documenting your experience so that you can look back on it when it’s all over and remember slight details that you may have forgotten. I refer to some of my entries from the beginning of the year even now, and I’ve already gotten feelings of nostalgia from realizing, for example, that day in September was the first time I walked to the Tesco in Monkstown with my roommates, now having made that trip a million times. Just little things!

No long explanation for this one… just do it. Be a snap happy little tourist. You’ll thank yourself later.

6. Don’t try to be what you think people want you to be

This opportunity can be intimidating. I know…the scholarship package is such a dream that I didn’t even apply for it my first year out of college! Among other thoughts in my mind, at the forefront was the idea that there was no way I was worthy of such an amazing opportunity, so why even waste my time applying? Even after you’ve been chosen, there can be as intense feeling of pressure to perform, or meet the standards of those that have invested in you, so as not to disappoint. During your first few weeks here, there will be a lot of cameras and interviews and a lot of SCL staff members around you most of the time. They are there, however, to support you, not to judge you or your behavior. I remember my first SheHoops session here, as I wasn’t allowing myself to be authentic because I was focusing so hard on trying to reflect what I thought the “perfect victory scholar” acted like. The truth is, however, the young people in these programs can tell when someone is not being genuine, and it is a lot harder to build relationships in that pretense. Whoever you are, however you normally act… you’ve been chosen for that reason, and you should know that being yourself is the most effective way to build relationships with everyone you will meet here, so don’t be afraid!

7. Do some stuff alone

You’ll have loads of support all year, whether you are in Belfast, just a block away from the heart of the organization (aka the Maguire’s residence), or anywhere down South. You will make tons of new friends and you will build relationships with people of all ages and walks of life. However, you have at least a year here to adventure and explore the world around you, so every once in awhile, venture off alone. For me, I used to love alone time. After meeting my partner, however, I haven’t had that feeling for six years. Just recently, I’ve begun to appreciate my time alone again. (It took nine months of being on my own, but better late than never right?) To clarify, I’ll always prefer to be in the company of certain people, but I want to be able to appreciate the inevitable moments in which we are forced apart, rather than resist them. So google things to do and try and make it happen without any help. You will still be in a somewhat controlled environment, so there is much less risk in taking a chance. I’ve considered it one of the most imperative elements of my overall personal growth this year, and also it’s just fun and empowering.

This year was the first time in my whole life I’ve ever had my own private room and bathroom. That being said, I didn’t’ realize how easy it would be to fall into the trap of being alone in one’s room all day long without going outside to do something. Like I said before, through the community coaching, attending classes, eHoops programs, basketball games, and countless other elements of your experience next year, you will meet LOTS of people, and people here are extremely hospitable. If you get invited over someone’s house for dinner, (even if you barely know them), highly consider taking them up on it. It’s never gone wrong for me, and I’ve made some life long friends here by going outside my comfort zone into situations that I feared might be awkward or weird. So don’t be content to sit inside your room. Challenge yourself to consistently come from “a place of yes” and put yourself out there. The only time you will need to say no, in fact, is after a night out when a cab driver offers to take you home for 20 pounds over the average fare. In that situation the correct response is, “Cheers, but I don’t fancy lifts from greedy wee lads. Ya think I’m daft?” Just kidding, don’t say that out loud with an American accent… I actually don’t even know if it makes sense. But you should definitely say no in that situation.

They say Ireland is the best base location from which to travel the rest of Europe… and I’ve only found that to be true. My last European experience before I moved here was visiting Greece from my home in the states. The flights alone cost more than my entire trips to Africa, Spain, and France combined since I’ve been living in Belfast. Caroline and I are going on a trip next week stopping in six different countries and the entire cost of the trip will cost less than what a flight would cost from America to our first destination. Take advantage of the convenience of travel while you are here and see as much of the world as you (realistically) can over the course of the year. Sometimes traveling can offer you some of the most enriching experiences of your life and who knows when you will be in this position again?