A Spark of Interest 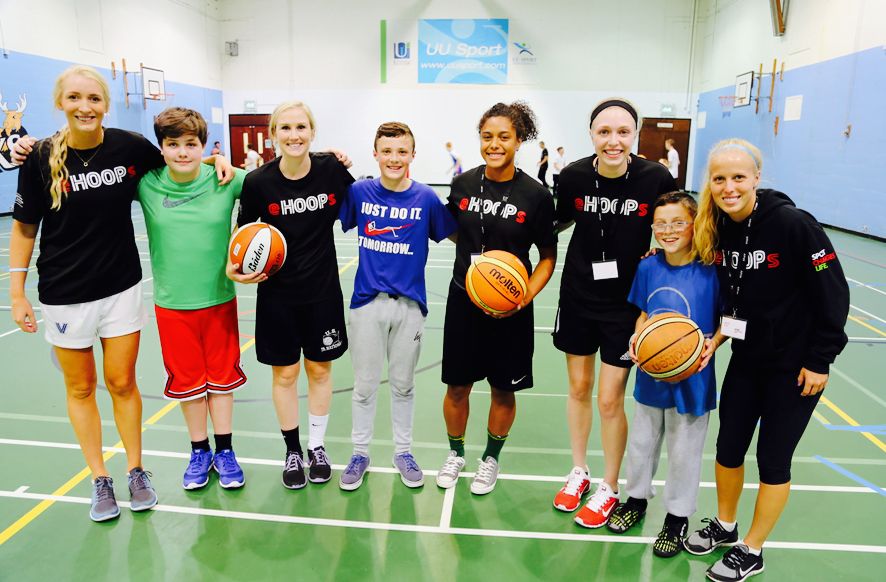 Anyone who knows the game of college basketball in America knows that making sure that the players are having fun is not really one of the main priorities. Not to say that it isn’t fun- it is one of the most exciting games ever in my opinion- but the players are under a lot of pressure because of the time commitment, the mental toughness needed, the physicality of it, and the serious nature of both the coaches and players. I did not really realize how serious the game of basketball had gotten for me until recently.

So many times I have coached kids who are maybe forced to work out by their parents, who do drill after drill without cracking a smile, who over train themselves or get over trained by a coach, etc. But in just the five days that I’ve been in Belfast, I have had some of the best basketball encounters in my life. The most fascinating thing to me is how genuinely interested some of the people are in basketball, when they have no clue what the game is about. A 20-year-old girl asked me today how many players are on a basketball court at once. When I told her 10, 5 on each team, the look of shock on her face was priceless. She said, ”I thought it was 11 on each but I suppose the court is a bit small for that.” But she asked me that question and you could just see in her eyes the spark of interest. This same girl jumped up and down and cheered when she perfected the right footwork to make a lay up and made everyone in the gym smile.

I have to say it is such a relief to see sparks in eyes and gasps and cheers and fascination in a person. It isn’t too common in our world of technology and everything new and improved, but it surpasses all of that by miles.