Wise Beyond His Years 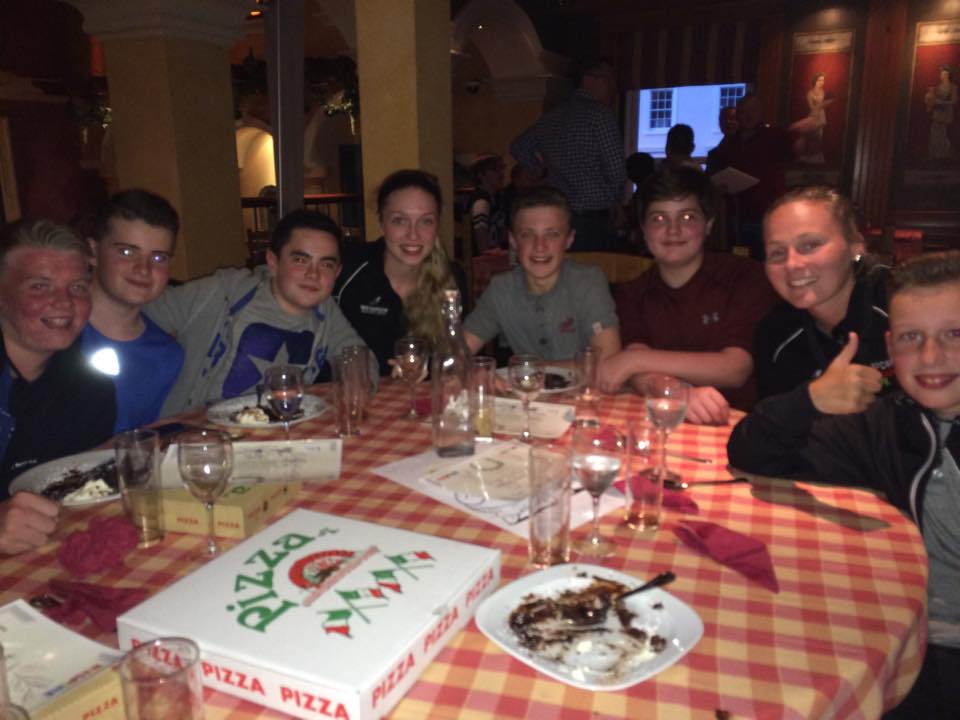 After my first experience of eHoops, I got a completely new perspective on Northern Ireland, the conflict and history of the country, as well as the personalities of all the kids. The most amazing feeling of all was that the sport of basketball eliminated the age and cultural barriers between the scholars and the kids. Although most of the kids did not know much about basketball, it was the catalyst that allowed us to connect so easily and share our stories and our different backgrounds.

Although playing basketball with them was a lot of fun, my favorite part was definitely eating with the eHoops kids at the Italian restaurant. Being able to talk in a sit down setting allowed me to learn so much more about them! Everyone opened up so quickly and was eager to share their stories. I learned so much about Northern Ireland and Belfast in particular from a perspective of people that were actually living through it all.

One of the boys that I was sitting with said the most profound things when we were discussing the conflicts in his community. He was telling me all about the history of it and how it is directly affects him. In shock at the situation, I asked him why he thought it was so bad. The young boy told me for people his age; their families raised them to continue the conflict. He said that none of the people his age actually had issues with one another; it was strictly that way because it was how they were brought up.

From there, I asked how he thinks it could be resolved. At this point, I was so shocked that a 12-year could provide such a phenomenal answer. He said that the best way was to fix it was with time. He believes that his generation needs to grow up not spreading hate, but love; educating the next generation that everyone is all the same. He wants to be a role model to teach his kids to not tolerate and promote the violence.

His answer was the most mature, well-spoken statement I had heard from a 12 year old. It gave me hope that their situation was going to get better. It was refreshing to hear that younger people have a plan to move things forward in their community. After all, they are the future, and they are the ones that are going to make a difference.

The eHoops dinner was an eye opening experience where I learned a lot, but also created friendships with great kids that are going to make a difference.