A LITTLE KINDNESS CAN GO A LONG WAY 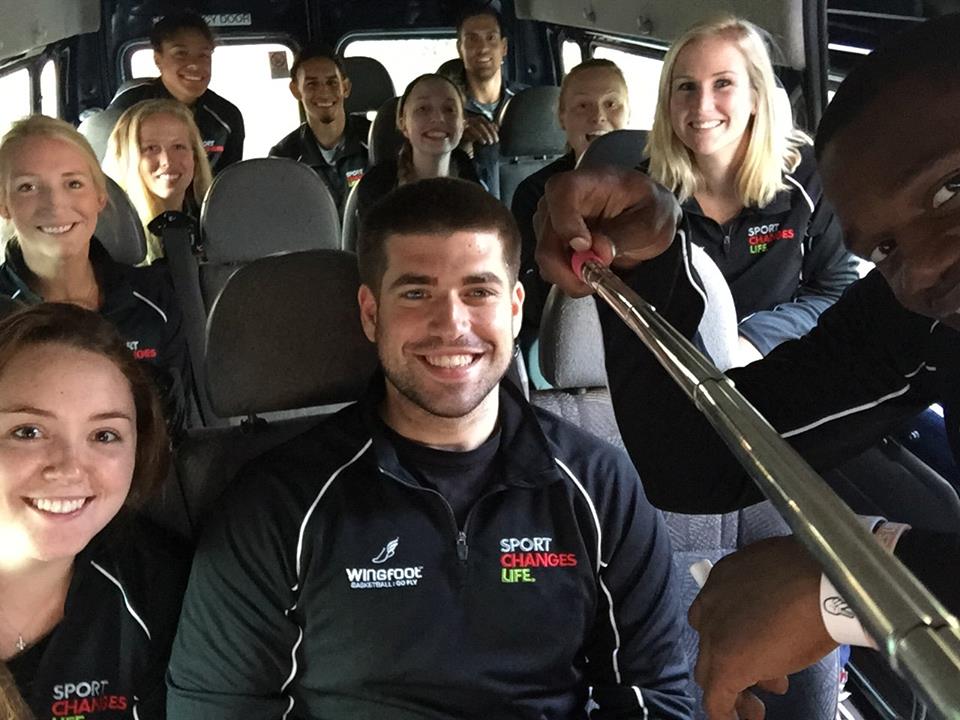 In what was becoming the norm for me in Ireland, the days after I left Dublin were remarkably busy. We departed from Dublin on Monday night and stopped in Clonmel and Kilkenny before Jazmen Boone, or as I call her, Boonie, and I were dropped off in Waterford on Wednesday night to settle in for the year. Once again it was an extremely eventful few days, which included attending a horse race and coaching a number of sessions. The days went pretty smoothly, except for the bizarre instance when I stepped on a fire extinguisher that was tucked under my seat in the van, and accidentally shot fire extinguisher fluid up into Aimee’s face and all over the windshield. Aimee had been doing an amazing job of taking care of all us Victory Scholars and driving us to wherever we needed to go for the past week and a half, so she easily could have gotten very frustrated that I’d covered her in fire extinguisher fluid. However, after the confusing moment had passed in which Aimee and I were trying to figure out, What just happened?, and we realized what I’d done, she could not stop laughing about it. It is a tribute to her lovely personality that she took it so lightheartedly, and the whole instance was really reflective of how nice the people at Sport Changes Life, and the Irish people in general, have been to us.

Needless to say, I apologized superfluously and was extremely careful with my footing whenever I got in and out of the van from then on. Then, in no time it seemed, my final van ride had come. I said goodbye to the other Victory Scholars and left with Boonie for Waterford. It was sad to say goodbye to everyone who I had become so close with, but the excitement of arriving in at my home for the next year made it a lot easier. As Boonie and I were dropped off in Waterford, I realized that there was nothing to be sad about, because our adventure was just beginning. And at least now I know that when I make a few silly mistakes along the way, if all of the people in Ireland are half as kind as Aimee was, I’ll be just fine.